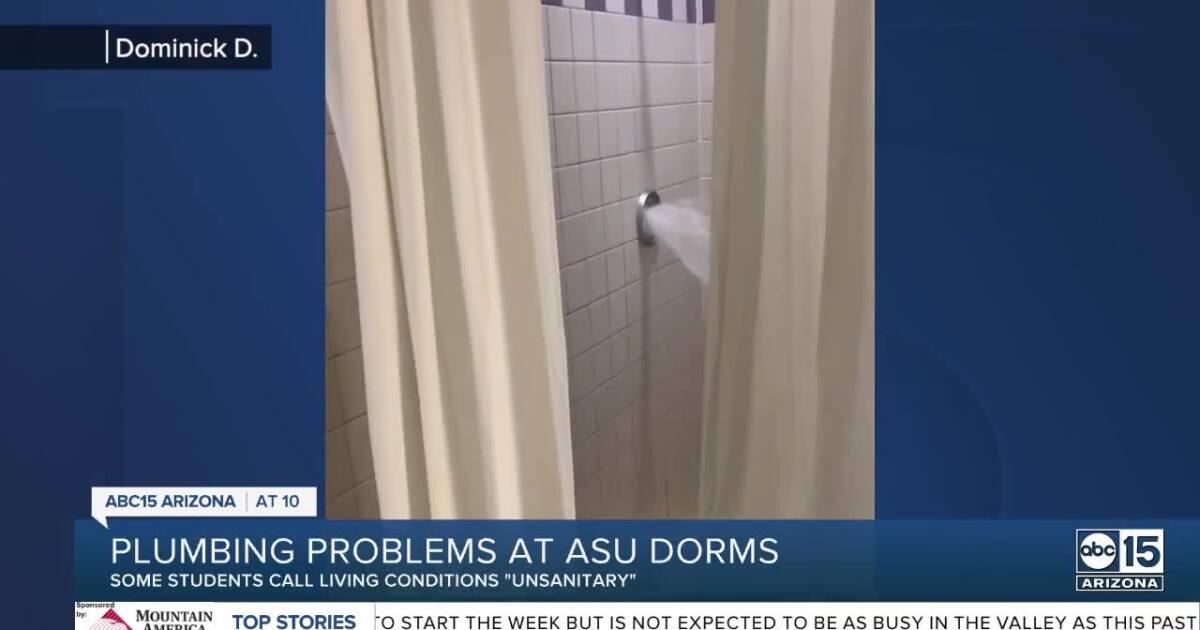 TEMPE, AZ — ASU says there was a pipe leak at Best Hall and separately a sewage backup at Hayden West. While ASU says they are addressing the issues, ABC15 spoke to students who say they are trying to avoid the bathrooms altogether.

For some students, moving to dormitories on ASU campus has not been the best experience.

“I came back, the second-floor showers were flooded…no drainage at all,” says Logan Kerr, a freshman at Best Hall.

Newcomer Logan Kerr tells ABC15 there’s been a lot of trouble since he moved into Best Hall.

“Of the three toilets we have, only one is still working. The other two didn’t work at all, and now, for two days, the only working toilet we have is flooding…leaking from the ceiling and coming down,” says Kerr.

Another student is part of a text group with others at Hayden West.

“I guess the third floor started leaking and then the water problem erupted out of the wall,” says Jacob Candelario, a freshman at Hayden West.

ABC15 has contacted ASU about these concerns. They say the pipe leak at Best Hall closed some bathrooms until facilities management could identify the source. Regarding Hayden West, ASU says the sewerage affects three students who have been relocated for the time being.

“I went to college. I understand dorm rooms and dorm residents and that those bathrooms go through hell and back, but not on day one,” says Joe Mulligan, parent.

Joe Mulligan says he took these photos while helping his son move in on Aug. 13 and that calls to maintenance didn’t help much.

“I reached out to the Phoenix Department of Health because I think that’s what happened. This has become a public health concern,” says Mulligan.

At the moment some students are looking for other places to shower.

“I just hope they fix it… either that, or just condemn the whole building,” says Kerr.