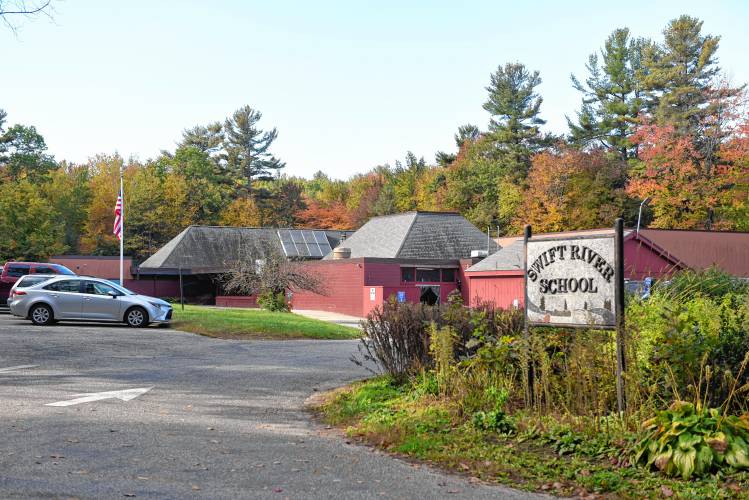 NEW SALEM — New Salem and Wendell selection boards voted this week to support the installation of a system to filter a specific family of chemicals from Swift River School’s water.

The state Department of Environmental Protection (MassDEP) last year ordered the Swift River School, which serves students from Wendell and New Salem, to rid its water of PFAS6, a set of six per- and polyfluoroalkyl substances used in common consumer products like food packaging and outdoor clothing. Tests of the school’s tap water in the fall of 2020 revealed elevated levels of PFAS6, despite no violation of state drinking water regulations. Both cities have since brainstormed to fix the issue. The contaminants, also found in carpets, soaps, cleaning products and anything that contains a flame retardant, are the result of groundwater seeping into the well under the school.

At Wednesday’s Wendell Selectboard meeting, Chairwoman Laurie DiDonato said her city’s portion of the money can come from her stabilization fund and residents can vote on its use at a special city meeting in October. The board voted unanimously to support the installation of the system and coordinate with New Salem on a new well at Swift River School at some point in the future. The New Salem Selectboard voted on a similar motion last night. DiDonato told the Greenfield Recorder that engineering firm Tighe & Bond’s rough estimate is $75,000 with a 20% probability.

“I would like to see the well being moved under the building,” he said.

Seppala said the PFAS6 issue is New Salem’s top priority, and the city will use American Rescue Plan Act funds as needed.

In 2021, MassDEP spokesman Edmund Coletta said Swift River School has a public water system and has signed up for a free round of testing under a program that provides for voluntary PFAS testing of such systems. The school’s drinking water was tested in November 2020 and the initial PFAS6 sampling was 53.8 parts per trillion (ppt). A follow-up study completed in January showed PFAS6 levels of 46.1 ppt. The state’s maximum allowable contaminant level for PFAS6 is 20 ppt. Compliance is based on the average of three monthly samples in a calendar quarter.