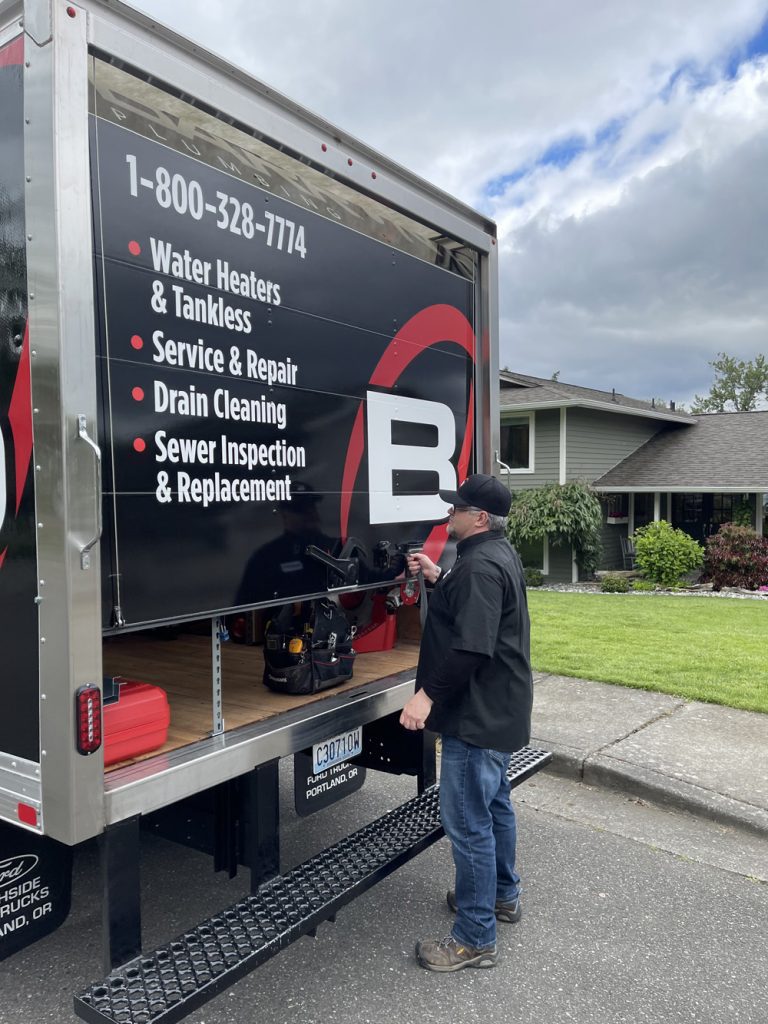 After 50 years of providing heating, cooling, electrical and plumbing services, the Barron team is dedicated to keeping your home’s key systems running at their best. But accidents happen, and Barron experts often meet customers for the first time in the middle of an emergency—whether it’s a broken part, a leaking pipe or a clogged drain. Luckily, the team has helpful ideas on how to avoid these emergencies in the first place, so they can meet their neighbors before these problems arise.

Most of these tips spell out the importance of making sure drains — all the pipes in the house and sewers, everything outside — are kept clean and clear.

It’s important to admit when a problem is too big for a simple fix – and then you can ask Barron for help. Photo courtesy of Barron Heating

“Most people don’t do routine maintenance—it either works or it doesn’t,” says Jordan F., service and operations manager for Barron’s plumbing division. “For a lot of people, it goes without saying: you turn on the water and then it’s gone. But when it starts up again, frantic phone calls are coming in and we’re scrambling to find someone out there.”

While it may be easy to get started with repair methods, it’s also important to admit when a problem is too big for a simple fix. “One thing we like to say is, don’t just sit there and dump chemicals down the drain and think it’s going to help,” says Jordan. “In fact, older drains can get much, much worse; You could end up with a major repair instead of just a clean.”

Jordan also advises homebuyers to conduct a camera inspection of drains and sewers to avoid expensive surprises. “We’ll come over and let the camera go down the drain, then we’ll send video of what it looks like and we’ll talk to them about what’s going on,” he says. “Often times I’ve had to come to a house the day people move in, and the next minute they’re putting $15,000 or $20,000 into a new sewer system.”

An inspection is an equally powerful tool for anyone selling a home as it can give potential buyers a sense of confidence. “I recently sold my house and sent a camera down the drain before I put it on the market,” says Jordan. “When people came to see my house they could see that they didn’t have to worry about the sewers, which is a huge expense. When it comes to houses, sewers and roofs are the biggest expenses.” 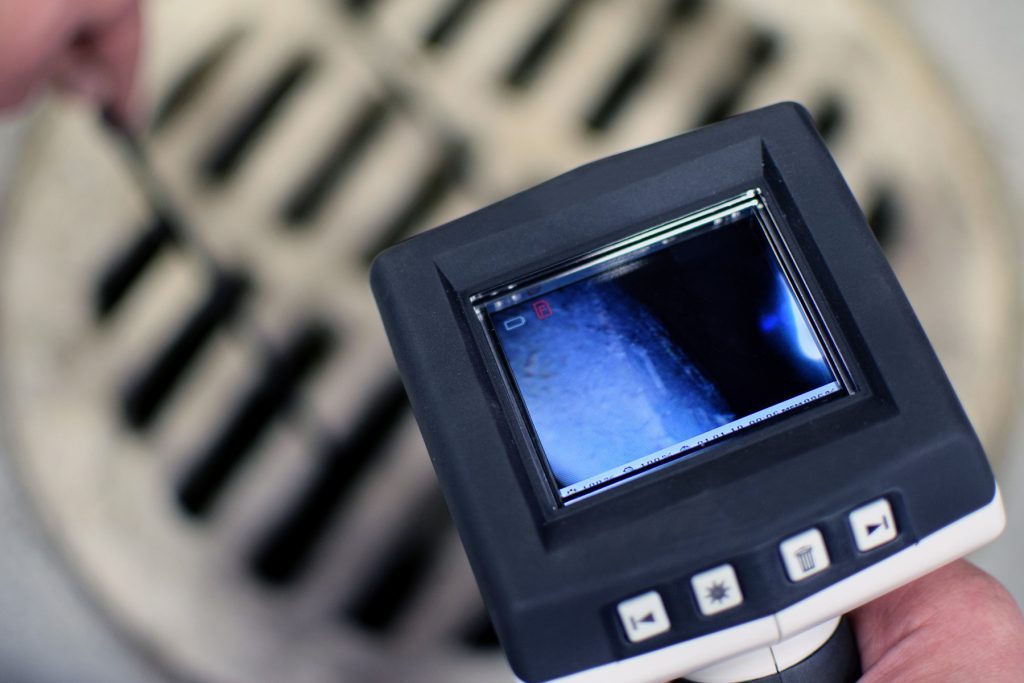 An endoscope inspection camera is used to check a drain. Photo courtesy of Barron Heating

In addition to tree roots, clogs and burst pipes, camera inspections also uncover things you might not have expected. “We saw all kinds of debris,” says Nick S., service superintendent at Barron Plumbing. “There were animals, watches, cell phones — you never really know what you’re going to come across.”

And Jordan agrees; “The funniest thing I’ve ever found down a drain was a whole unpeeled banana,” he says. “I have no idea how it got down there.”

Nick also passes this practical tip on to potential customers: “Waste collection is not ‘disposal’. There are many things you shouldn’t put there like egg shells and coffee grounds or pasta and rice because they like to expand; any fibrous material,” he says. “A lot of people put lemon peels there because they eliminate the smell of garbage. But lemon juice will do the same thing, and it won’t ruin your garbage disposal.”

When it comes to keeping plumbing healthy, Barron stocks a range of products that a homeowner can use with confidence, knowing they won’t accidentally cause damage down the road. “For drains like kitchen sinks, we have products that are eco-friendly and don’t damage the drain,” says Jordan. “After we come out and clean a drain, there are enzymes that you can use weekly for the first month and then just once a month.”

And since maintenance can’t prevent or avoid every problem, Barron is also willing to repair or replace all plumbing around the home and property, right down to the city utilities. You can dig up old lines and replace them with new ones and also use newer solutions that can fix some problems without tearing up the front yard.

To partner with customers and help them stay on top of their plumbing situation, Barron offers a Silver Shield membership. “This gives you a 20% discount on pipe or drain cleaning,” says Jordan. “And if you need us, our priority is to reach you – you get a discounted rate and peace of mind too.”

Cleaning drains: ‘Best solution’ to break down drain blockages in under 10 minutes