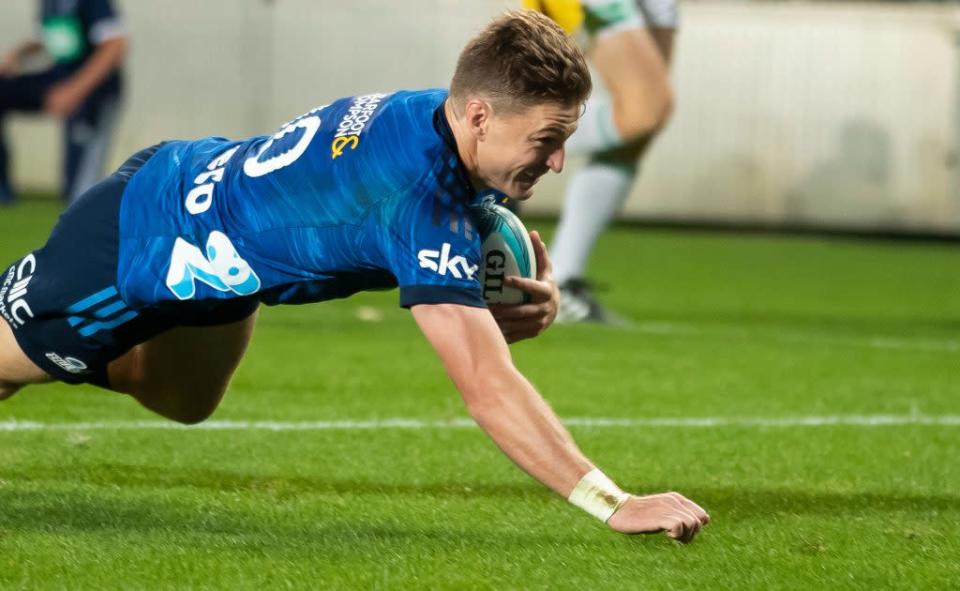 Blues playmaker Beauden Barrett expects the Highlanders to throw the ‘kitchen sink’ at his side when they meet in the quarter-finals of Super Rugby Pacific this weekend.

Having already secured first place in the table, the Blues rested several key players last weekend, including Barrett. Still, they managed a dramatic win over the Waratahs thanks to a drop goal from Zarn Sullivan.

Barrett is rested and ready to extend his good season so far, but doesn’t expect things to be easy against the lowest-ranked qualifier.

“I think we’re going to thrive at home and feed off of that energy in those high-pressure moments,” he told Stuff. “The boys are ready for it. We know the kitchen sink is being thrown at us this week, and we’re going to throw it back. There is so much excitement and anticipation.”

Coach Leon MacDonald’s men have had a great regular season and grown over time, but veteran Barrett knows everything falls away in play-off rugby.

“We’re getting a big catch for the regular season and we can take confidence from that knowing what we’re doing has worked well for us. But it’s not going to happen on its own this weekend,” Barrett said.

“We never underestimate the Highlanders. They know you’ll always get an arm wrestle, we know how proud they are and they have a lot of good players and are a team that will fight to the end. We respect what comes.”

The All Black believe there were risks in picking a weaker team for their clash against the Waratahs, but it paid off and underscored the importance of roster depth.

“It was tempting for all of us to be involved in another game and keep the ball going but you just have to trust those decisions made by coaches and coaches,” he said. “On the other hand, a lot of guys have had the opportunity to go to Sydney and wear the blues jersey and put their hands up… and we’ve seen how important that squad strength has been this year.”

The 31-year-old praised the versatility of Bryce Heem while championing the resilient Caleb Clarke, who is currently out through injury.

“He’s Mr. Fixit,” says Barrett of Heem. “We also have AJ Lam who was great when he played and Telea is a geek. We’re lucky with our depth. It’s unfortunate for Caleb as I know how determined he is to go black again and we all see how hard he’s training. Hopefully we’ll have him back soon.”

The article Super Rugby Pacific: Beauden Barrett expects the Highlanders to throw the ‘kitchen sink’ at the Blues appeared first on Planetrugby.com.

‘Death mixed with a septic tank’: What happens when a bad odour lingers

Sink not easily accessible at all times for employees: Berks County restaurant…