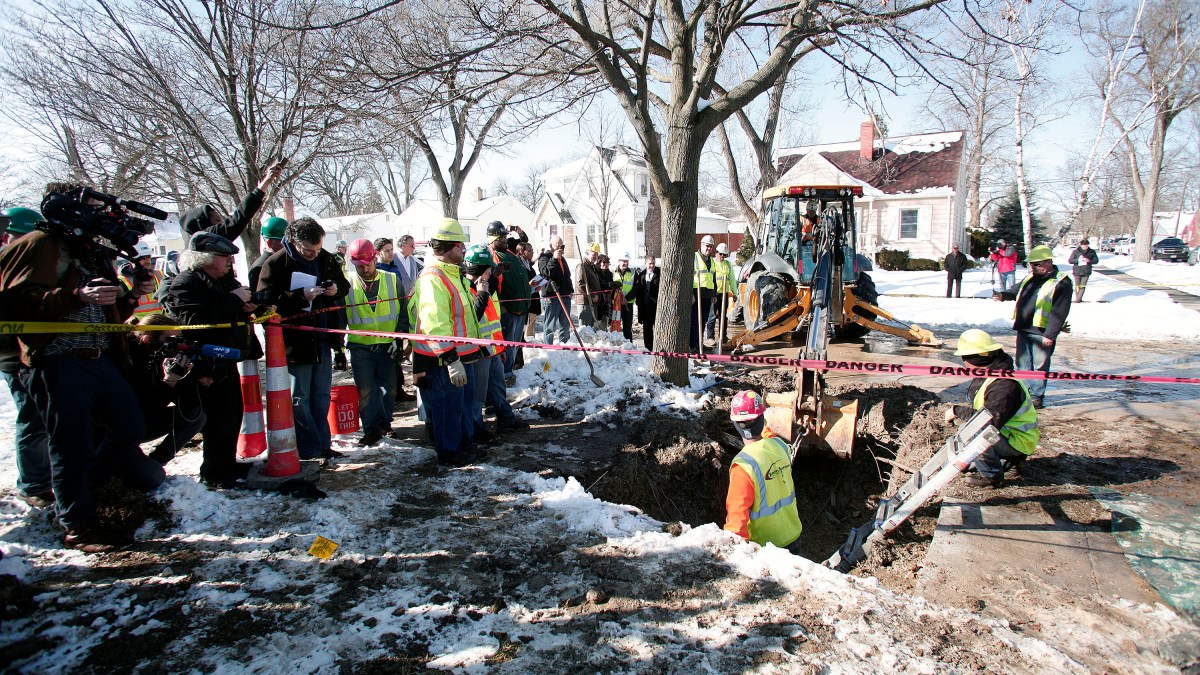 Most of us take clean tap water for granted. But in millions of homes, that tap water could actually be contaminated with lead.

“The main problem with lead is that it’s a powerful neurotoxin, and it particularly affects young children,” said Charlotte Jameson, chief policy officer for the nonprofit Michigan Environmental Council.

Even low levels of lead exposure can cause permanent brain and nervous system damage in children and a variety of ailments in adults as well. According to the Environmental Protection Agency and the Centers for Disease Control and Prevention, there is no known safe exposure to lead.

“It’s really scary when you think about it, not being able to trust the water coming out of your faucet really has an impact on your daily life. To think that your water might be affecting your child’s health is a really scary thing that as a parent you need to realize,” she said.

In 2014, this became a reality for residents of Flint, Michigan. To save money, the city changed its water source, but didn’t treat the new water with chemicals that prevent corrosion. With no protection against corrosion, Flint’s network of old lead pipes flushed the toxic metal into drinking water, poisoning townspeople.

For many, the Flint water crisis first drew attention to the dangers of lead contamination. But the factors that caused this crisis aren’t unique to Flint.

“There are thousands of communities across America that could be a flint if something goes wrong with the water supply,” said Gabriel Filippelli, executive director of the Environmental Resilience Institute at Indiana University.

According to the Natural Resources Defense Council, there are around 9 to 12 million lead pipes serving more than 20 million homes across the country.

For most of the 19th century, lead was a common ingredient in pipes, paint, and even gasoline. It was an ideal material because it was flexible, malleable, and cheap.

“It was the middle of the last century before people realized this stuff was dangerous. It wasn’t until the mid-1970s and into the 1980s that the Clean Air Act and Clean Water Act listed lead as a poison, which meant you couldn’t put it in pipes,” Filippelli explained.

“We know that these lead supply lines are the main source of lead in people’s drinking water. The best thing that can be done is pull these lead pipes out of the ground to greatly reduce the risk to millions of people,” he said.

Utility lines are large underground pipes that connect houses to the city’s water source. They are the leading cause of lead water contamination, although lead plumbing in homes can also contribute to the problem.

The Biden administration has made replacing these pipes a focus of its infrastructure spending. The federal infrastructure bill passed last year earmarked $15 billion to remove leading service lines.

States and municipalities are also tackling the problem. Newark, New Jersey has already replaced all of its 23,000 leading service lines in just three years. These replacement efforts can have positive economic results.

“It creates real economic benefits and is just a mammoth job. These funds are plowed back into the community where the money is spent. The benefits of the exchange can be 10 times greater than the costs,” Olson said.

A study by the E2 group of companies shows that the replacement of all leading service lines would create 56,080 jobs annually over 10 years. But it’s not cheap. It costs about $5,000 to replace a single service line. According to Olson, the $15 billion government investment is only about a third of what is needed.

Filippelli of the Environmental Resilience Institute said property owners could foot the rest of the bill. “Replacing this infrastructure will ultimately cost feepayers. So there is an economic impact to you, the consumer of the water, in the form of a higher bill.”

This could be particularly difficult for low-income communities of color who have high lead exposure and are more likely to live in older buildings that contain lead plumbing and paint and live in urban areas that rely on lead plumbing.

NRDC’s Erik Olson said current lead pipe replacement initiatives in these communities — and across the country — are not progressing fast enough.

There’s a lot happening in the world. For everything, Marketplace is there for you.

They rely on Marketplace to break down world events and tell you how they affect you in a fact-based and accessible way. In order to continue to make this possible, we depend on your financial support.

Your donation today supports the independent journalism you rely on. For just $5/month you can help keep Marketplace alive so we can keep reporting on the things you care about.

I’ve been left without a fridge, washing machine & sink for WEEKS because of delivery nightmare