In the United States, children and adults are increasingly being exposed to harmful chemicals from a source that few people are aware of.

It begins on a street in front of a house or school, where a worker is repairing a sewer pipe in a manhole. The contractor inserts a resin-soaked sleeve into the buried pipe, then heats it, turning the resin into a hard plastic pipe.

This is one of the cheapest and most common pipe repair methods, but it comes with a serious risk: heating the resin creates noxious fumes that can travel down drains and into nearby buildings, sometimes several blocks away.

These chemicals have sickened hundreds of people, forced buildings to evacuate, and even resulted in hospitalizations. Playgrounds, daycares and schools in several states have been affected, including Colorado, Connecticut, Massachusetts, Michigan, Pennsylvania, Washington and Wisconsin.

With the bipartisan infrastructure bill of 2022 now sending hundreds of millions of dollars to communities across the US to fix broken pipes, the number of children and adults at risk of exposure is likely to increase.

For more than a decade, my colleagues and I have worked to understand and reduce the risks of this innovative pipe repair technique. In two new studies in the Journal of Environmental Health and Environmental Science and Technology Letters, we show that workers and even bystanders, including children, lack adequate protection.

Our research also shows that the technology is safe to use if companies take appropriate action.

As US water infrastructure ages, communities across the country are grappling with thousands of broken sewer pipes in their 1.3 million miles of inventory. 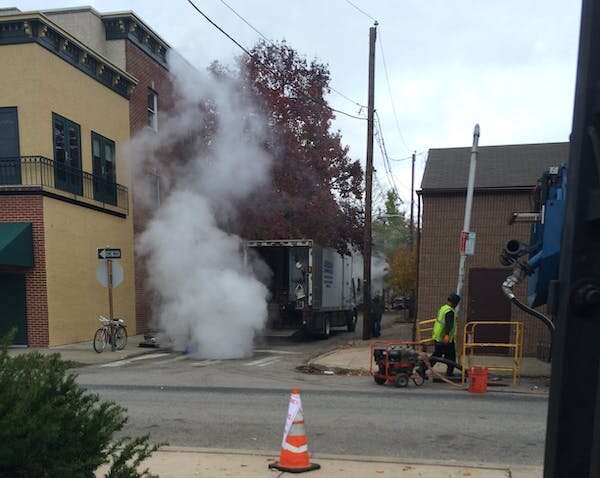 The new law earmarks $11 billion for sewer repairs, about a fifth of the EPA’s estimated need.

The least expensive repair method is called a cured-in-place pipe, or CIPP. It avoids digging up and replacing pipes. Instead, contractors insert a resin-soaked sleeve down the manhole and through the buried pipe. The resin is then “cooked”, typically with steam or hot water, and turned into a hard plastic.

One challenge is that the safety data sheets for the resins do not disclose all the chemicals, and some completely new ones are created when they are heated.

Chemical plumes rising from nearby contractor manholes and exhaust pipes aren’t just “steam” either. These plumes contain highly concentrated chemical mixtures, uncooked resin, particles and nanoplastics that can harm human health. When we examined the heating process in the lab, we found that up to 9% of the resin was released into the air.

CIPP production is known to release about 40 chemicals. Some cause nausea, headaches, and eye and nose irritation. They can also cause vomiting, breathing difficulties, and other effects.

Styrene, the most commonly documented chemical, is acutely toxic and “reasonably” carcinogenic, according to the National Research Council. Chemicals other than styrene may be responsible for plume toxicity.

CIPP-associated diseases in nearby buildings

To date, chemical exposures have been reported in at least 32 states and seven countries. This process has contaminated not only schools but homes, restaurants, medical facilities and other businesses. Companies have been cited for exposing their workers to dangerous levels of styrene.

The earliest US incident we know of happened in 1993 at an Austin, Texas animal shelter. Seven people were overwhelmed by smoke and transported to a hospital. In 2001, fumes entered a Tampa, Florida hospital, causing breathing problems for staff. Since then, hundreds more people are known to have been exposed, and the numbers are likely much higher. 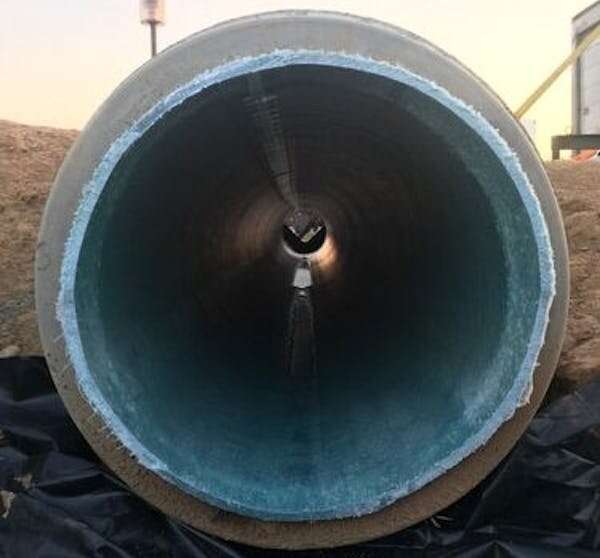 The blue cured-in-place pipe or CIPP can be seen in this damaged storm sewer pipe. The CIPP was made by steam-cooking the resin into the hard plastic. Credit: Andrew Whelton/Purdue University

In our experience, disclosures are rarely made public. Municipalities have encouraged people affected by the fumes to only contact the CIPP contractor and pipe owner. In some cases, people have been told the exposures are always harmless.

Wind can help dilute the concentration of chemicals outdoors. However, concentrated plumes can enter nearby buildings through buried pipes. Bathroom exhaust fans can sometimes increase indoor chemical levels. Levels found in the buried pipes should prompt firefighters to wear respirators.

The highest values ​​were found during and after the heating process.

Hand-held air testers, commonly used by some firefighters and contractors, do not accurately identify specific chemical concentrations. A previous study showed that styrene levels were sometimes a thousand times wrong.

How to protect public health

With the wave of infrastructure projects looming, it is clear that controls are needed to reduce the risk of human harm.

Waste containing chemicals, uncooked resin, particulates and nanoplastics are released into the air during CIPP manufacturing. This complex emission is not vapor. Andrew Whelton/Purdue University

Companies can also minimize risks. You can: 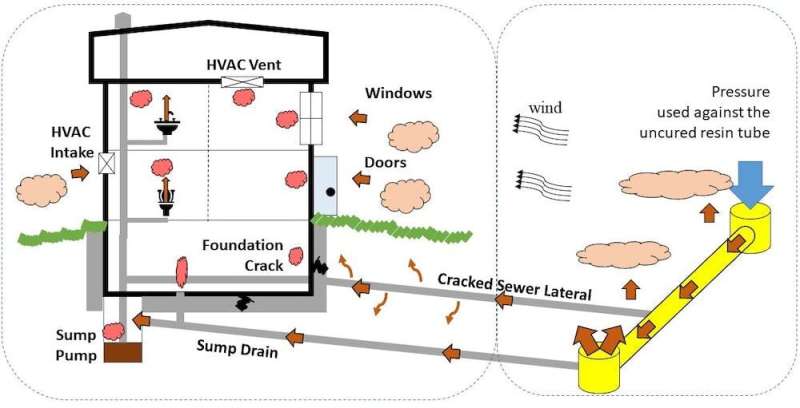 Fumes generated during sewer line repairs on the right can penetrate nearby homes, schools, and other buildings. Credit: Andrew Whelton/Purdue University

Health and environmental authorities should also get involved. Federal authorities know the practice poses health risks and can be fatal to workers. California and Florida recognize in safety documentation that bystanders may be harmed. However, few steps have been taken to protect the health of workers and bystanders.

Powered by The Conversation

This article was republished by The Conversation under a Creative Commons license. Read the original article.

This document is protected by copyright. Except for fair trade for the purpose of private study or research, no part may be reproduced without written permission. The content is for informational purposes only.