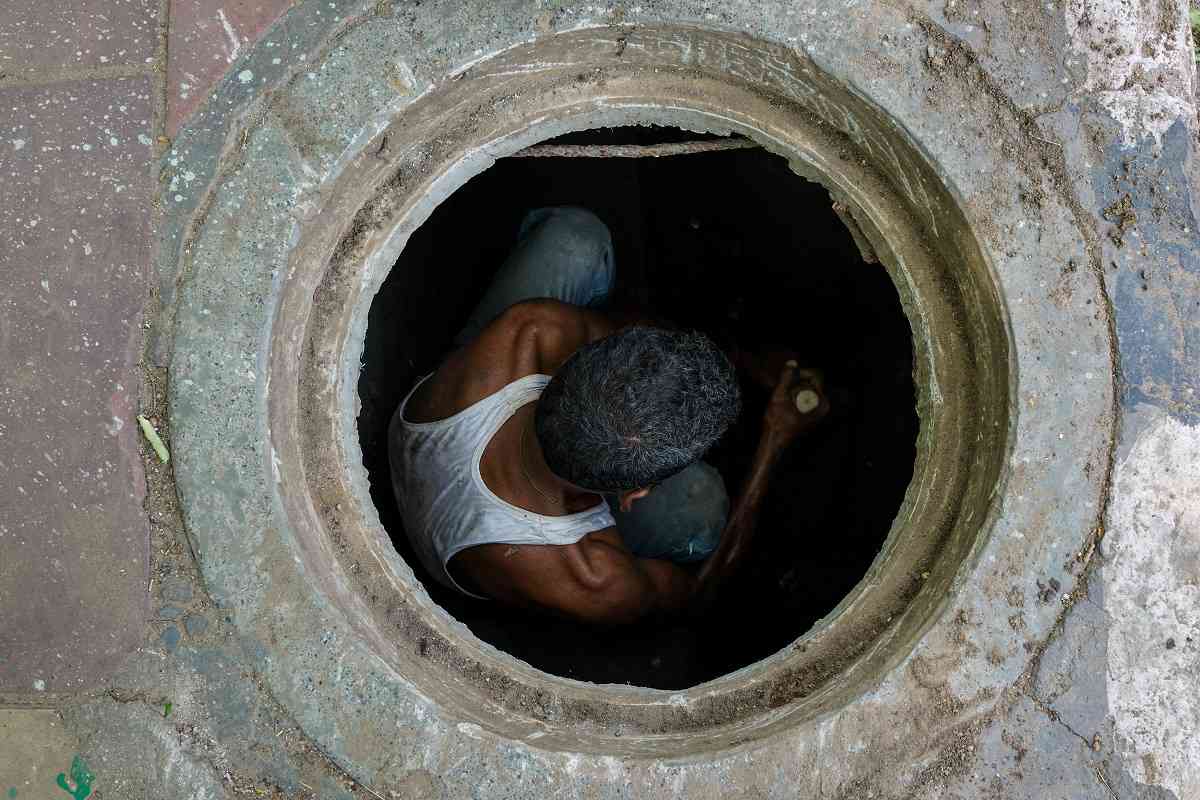 The Delhi government stopped a fleet of 200 sewage purification machines on February 28 to eliminate manual cleaning in the capital.

Manual flushing – a practice by which workers use sewers and septic tanks to remove excrement – has historically been linked to Dalit communities, making its prevalence another outrageous case of caste discrimination. Although India banned the practice in 1993 and the law was amended in 2013 to expand its scope, manual cleaning continues across the country.

It is often fatal. Since January 2017, it is estimated that one person has died cleaning the sewer every five days. In 2018, more than 10 plumbing workers died cleaning septic tanks in Delhi alone.

Even so, the launch of the sewer cleaning machines in Delhi met with some criticism. According to a model in operation in Telangana, Delhi plans to make manual scavengers the owners of the machines.

Each machine costs Rs 40 lakh. Those who win deals to own and operate them must prepay Rs 4 lakh, or 10% of the cost of the machine. The balance is loaned to them by the State Bank of India at an interest rate of 11.1% and repaid within five years.

Some critics say the project did nothing to change the notion that plumbing is still the domain of the Dalit community. Others asked why the government didn’t buy the machines themselves, claiming that doing so would get them little involvement in the project.

According to Delhi Minister of Social Affairs, Rajendra Pal Gautam, the state government has issued tenders to receive applications from those who want to own and operate the machines. The government favored “families who have lost their members to manual cleaning, plumbing, and members of the planned caste and tribe communities.” The contracts have a term of seven years.

Gautam said the model followed by the Delhi government was similar to that practiced in Telangana. “Our goal is to turn the plumbing workers into entrepreneurs and make them the owners of the machine,” he said. “We wanted to rehabilitate the workers and also implement the law prohibiting manual cleaning.”

He claimed that it was not possible for the Delhi government to buy the machines themselves “because the bureaucracy would then delay the project”. He said the project started in 2017.

Ravi Kumar Narra, the national labor president of the Indian Chamber of Commerce and Industry of Dalit, an organization that promotes entrepreneurship among members of the Dalit community, said his group was involved in formulating the initiative. To make this happen, it has teamed up with the Delhi Jal Board, which supplies Delhi’s water and operates its sewage system.

“We were involved in preparing the bids, selecting the machines and identifying the applicants,” he said. “We will also prepare a project report on it.”

The Telangana project was also initiated by the Indian Chamber of Commerce and Industry Dalit, said Narra.

A man cleaning a sewer in Delhi. Image credit: AFP

Narra said the machines are designed to drive into narrow streets in Delhi. “The main functions of the machine are spraying, grasping and sledding,” he said. “All three do the job of taking the mud out. Spraying uses a high pressure pump to remove various types of debris while the grapple helps hydraulically desand the manhole. Poles rotating at high altitudes remove the mud. “

There were two good reasons for using a model that workers owned the machines by, Narra said. First, it would not be a burden on the treasury. Second, the machines would be serviced regularly. “We have found in several cases that state-owned machines are often poorly maintained,” he said. “When workers own their own machine, they have a sense of responsibility for maintaining it.”

The owners of the machines are paid fixed rates per linear meter of sewer they clear, Narra said. “The machine can run up to 500 meters every day,” he said. “In this case the rate is Rs 17.5 per running meter, which corresponds to Rs 8,750 for 500 meters. This number becomes Rs 227,500 if you calculate the rate for 26 working days. ”

He added that the Delhi government would deduct Rs 80,000 from each worker’s fee every month to repay the loan.

“How is the government involved?”

However, Bezwada Wilson of Safai Karmachari Andolan, an organization campaigning for the elimination of manual cleanup, asked why the Delhi government had not bought the machines directly. “The government got so much publicity for the initiative, but they didn’t even give a grant or buy the machines outright,” he said. “How is the government involved anyway?”

He also criticized the government for “the [Dalit] Community “.

“The machines have been assigned to these families and workers, and responsibility for cleaning and maintenance remains with them,” he said. “Despite the mechanization, it’s still your responsibility.”

Paul Diwakar of the National Dalit Human Rights Campaign echoed Wilson’s concerns. He said that in addition to technological solutions, it is important to break the relationship between the caste and the plumbing profession.

He added that there were also job loss concerns related to the mechanization of sewer cleaning work. “There is quite a dichotomy here,” said Diwakar. “We are in a mixture in which we do not want to be pushed out of our jobs, but also want to have control over the mechanization.”