Denver landlords not required to tell renters about lead pipes 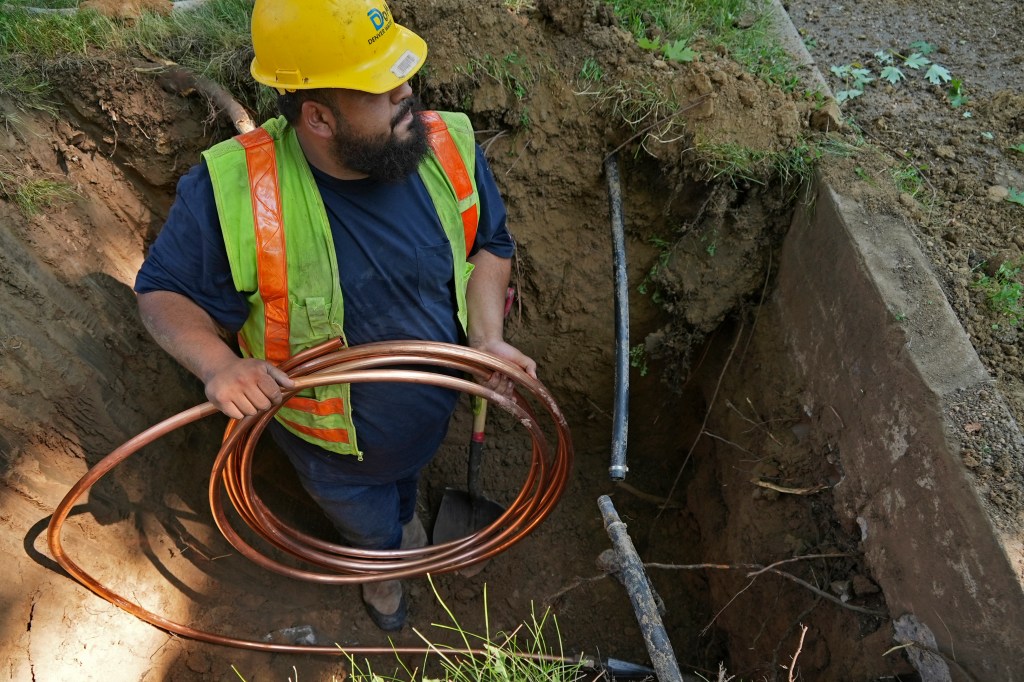 Denver landlords are not required to notify their tenants about lead plumbing, leaving some tenants in the dark about the quality of the water coming out of their faucets.

Colorado’s capital is not alone. Lead pipe disclosure requirements are mixed across the country, with states and localities taking different approaches. Only a handful have enacted regulations to notify tenants of their building’s infrastructure because there is no specific federal mandate for lead piping. However, the nation was faced with the aftermath of lead pipes ruining water quality when Flint, Michigan residents were exposed to a toxic water supply starting in 2014.

“Heavy metal poisoning is no joke; neither does the rent we pay here in Denver,” said Aditi Gopalakrishnan, a 26-year-old tenant in the Alamo Placita neighborhood. She has rented an apartment in the same complex for four years.

“I honestly don’t know if any pipes in the building are made of lead,” she said. “I don’t think I ever asked because it never occurred to me to ask.”

Gopalakrishnan, who works as a dog walker, is now concerned about the possibility of either her cat or her clients’ pets drinking lead-contaminated water.

“The least a landlord or leasing company could do is do their due diligence to tell the tenant/prospective tenant about lead pipe and not hide it in a liability clause in the lease,” she said. “Your job is to provide people with safe shelters.”

The Denver Department of Public Health & Environment requires landlords to notify renters about peeling or deteriorating lead paint but not about lead plumbing, spokeswoman Tammy Vigil said. Denver’s ordinance, which requires licenses for residential real estate, also does not include disclosure of lead piping to tenants, said Eric Escudero, spokesman for the Denver Department of Excise and Licensing.

According to the Environmental Defense Fund, the only federal disclosure requirement for residential buildings regarding environmental hazards is for lead-based paints.

“If we speak to an individual landlord, I would hazard a guess that if they knew they had a rental with lead pipes and a prospective renter wouldn’t ask, they probably wouldn’t say anything,” said Rocco Germano of Rock Germano Realty LLC at Wheat Ridge.

However, other parts of the country have taken steps to protect renters from unknowingly exposing themselves to contaminated water. Washington, DC directs landlords to inform prospective renters of the existence of certain conditions related to lead piping before renting the unit. Cincinnati retains a similar mandate. Philadelphia also requires landlords to disclose known lead service lines to tenants.

Denver Water, the state’s oldest and largest water utility, “cannot advise residents on what a landlord needs to disclose,” spokesman Jose Salas said in an emailed statement. The agency provides water to 1.5 million people in the Mile High City area.

The agency is implementing the Lead Reduction Program, which began in January 2020 after receiving approval from the U.S. Environmental Protection Agency and the Colorado Department of Public Health and Environment in December 2019.

Although Denver Water’s water is lead-free, it can become contaminated if it flows through lead-containing household faucets, plumbing and water supply lines, or pipes that bring water into the home from the main line on the street, Salas said.

The Lead Reduction Program is designed to get rid of lead at the source: the customer’s own service lines. According to Denver Water, homes built before 1951 are more likely to have such pipes.

Residents can use an interactive map provided by Denver Water to determine the risk of a leading service line on their property.

Denver Water is sending free water jugs, filters and replacement filters to customers who may have a leading service line – an initiative started in Spring 2020. However, the water company issued a notice in March that some residents were mistakenly given Brita Standard Replacement filters that do not remove lead and are sending back the correct filters for replacements.

Denver Water advises that boiling water does not remove lead.

The lead reduction program resulted in an increase in the pH of the water, reflecting its acidity and alkalinity. While the pH used to be between 7.5 and 8.5, it now ranges between 8.5 and 9.2 — a move designed to mitigate the water’s corrosiveness and help customers with lead plumbing, Denver Water said.

Lead, a toxic metal that can be harmful even at low levels of exposure, can cause increased blood pressure and the onset of high blood pressure, impaired kidney function, and reproductive problems in adults, according to the EPA. Children are particularly at risk because low levels of exposure are “associated with damage to the central and peripheral nervous systems, learning disabilities, short stature, impaired hearing, and impaired blood cell formation and function.”

In 1986, the US government banned the use of lead pipe in public water systems or pipelines that supply water for human consumption.

Patrick Noonan of Colorado Housing Connects, Colorado’s only statewide housing hotline, said his team logged about 30,000 contacts from people with housing issues in the last year. Nearly 3,200 involved issues between tenants and landlords, but “we can’t think of an example of anyone calling with concerns about lead lines,” he said in a phone interview.

“I don’t think that’s a major concern for many renters in the state,” Noonan added.

He pointed to an obligation for landlords to disclose and provide information about lead hazards — “particularly lead-based paint.” However, Noonan said he is not aware of any policy that focuses on lead pipes.

Brandon Scholten, owner of Keyrenter Denver, said his team didn’t pay much attention to the lead pipe problem. The property manager currently lists more than 50 rental properties on their website.

“To my knowledge, the city is sending out notifications directly to the property as well as the water filters, so we are not in the loop,” he said in an emailed statement.

Nevertheless, some residents would like more transparency around lead pipes.

Harrison Citrin, a 25-year-old renter in the Capitol Hill and Alamo Placita area, said his landlord chose to let him know about the likelihood of lead piping on the property and “there should definitely be a need” for landlords to do so do .

“We know the water quality isn’t great,” he said, adding that he uses both a Brita water filter and a shower head filter. “It would be great if the pipes weren’t lead, but we’ll take care of that.”

Kara Bogner, a 34-year-old tenant, said “I have no idea” if her apartment has lead pipes. She has not received any notification of this.

“I wouldn’t move because of that,” said Bogner. However, “it would be nice” if landlords were required to inform their tenants, she added.

Why Home Buyers and Sellers Love a Kitchen Remodel