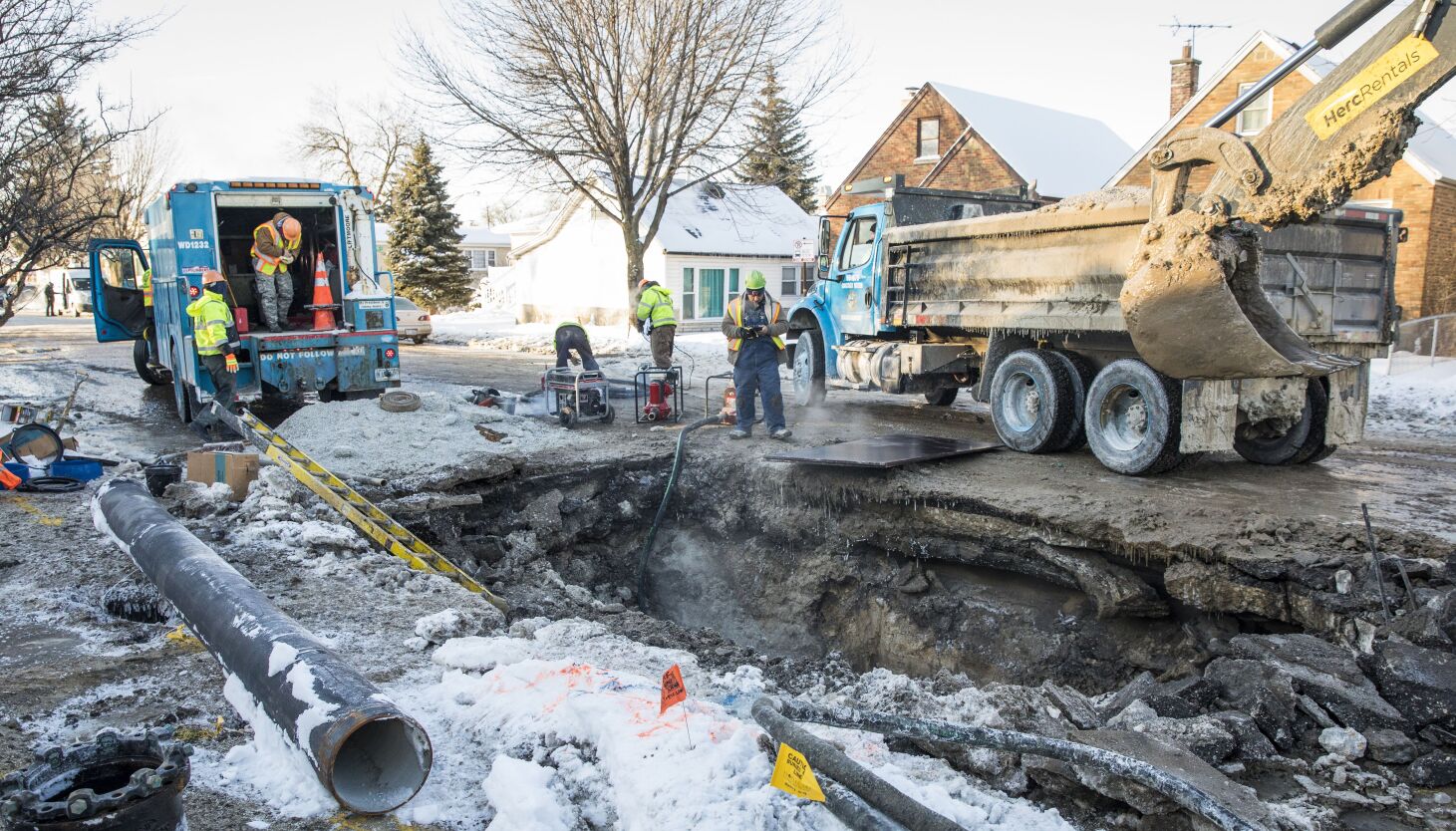 That means millions of people drink and cook with water supplied through aging lead pipes. With rising water bills, many households are paying more for water they don’t trust because of the threat of lead contamination. There is a sad irony in the fact that although we sit on the shores of the largest freshwater lake system on earth, residents may not be able to safely drink the water from their taps or afford the water.

We are fortunate to have a champion in Congress who understands this issue and is working on it: Sen. Tammy Duckworth recently held a hearing at the Shedd Aquarium to examine the implementation process of the $15 billion bipartisan infrastructure bill passed by Congress for the removal of lead pipes, into which their lead pipe replacement legislation was folded.

As Duckworth said during the hearing, that money should be considered a down payment. While this is of great help, it is only a first step as the estimated cost of replacing all the lead pipes in the country is between $45 billion and $60 billion.

A role for each level of government

To replace this toxic infrastructure, water policymakers at all levels of government must prioritize equitable investment and affordability policies. Great Lakes cities like Chicago have an opportunity to be national leaders in addressing the twin threats of lead pollution and rising water bills. As Justin Williams of the Metropolitan Planning Council testified at the hearing, every level of government must help ensure adequate funding for lead pipe replacement and an implementation strategy that everyone can afford.

The city has begun to address this legacy issue after decades of neglect, but progress has been slow. To maximize federal water infrastructure funding, the city should prioritize community contribution and accountability, cost-efficiency and coordinated capital planning, and accelerate progress through equitable workforce development and affordability strategies. This ensures that residents do not have to choose between clean water and affordable water bills. Investing in physical water infrastructure must be matched by investing in building a diverse workforce up to the task of modernizing our water systems, as Elevate’s Anthena Gore said in her statement.

As Duckworth noted, the EPA’s initial allocation for replacement of lead utility lines under the Infrastructure Act was based on an outdated formula: Illinois and other states with large inventories of lead piping did not receive funding commensurate with their needs. This funding gap is estimated at hundreds of millions of dollars per year for Illinois alone, so it is important that the EPA update its drinking water needs assessment formula to account for this discrepancy. Requiring states to invest nearly half of the $15 billion infrastructure bill for lead pipe removal in historically disadvantaged communities is a good first step.

When Illinois passed the Lead Service Line Replacement and Notification Act last year, it became the third state to require an inventory of all lead pipe and a deadline for replacement. This is another big step, but Illinois has an opportunity to demonstrate additional leadership by implementing the new guidance on distributing funds equitably, building community partnerships, and using any tools available to meet the replacement goals or to surpass.

Most importantly, the work of all these units cannot be isolated from each other. An all-hands-on-deck approach is critical to ensuring that all Chicagoans and everyone in the Great Lakes region have access to clean, safe, and affordable drinking water. Half measures are not enough. We are thrilled that so much has been invested in cleaning up the Great Lakes, but when the water is contaminated on its way to the faucet, we ultimately have to reconsider how we are putting clean water dollars to work in our region.

Anna-Lisa Castle is Director of Clean Water & Equity Policy at the Alliance for the Great Lakes,