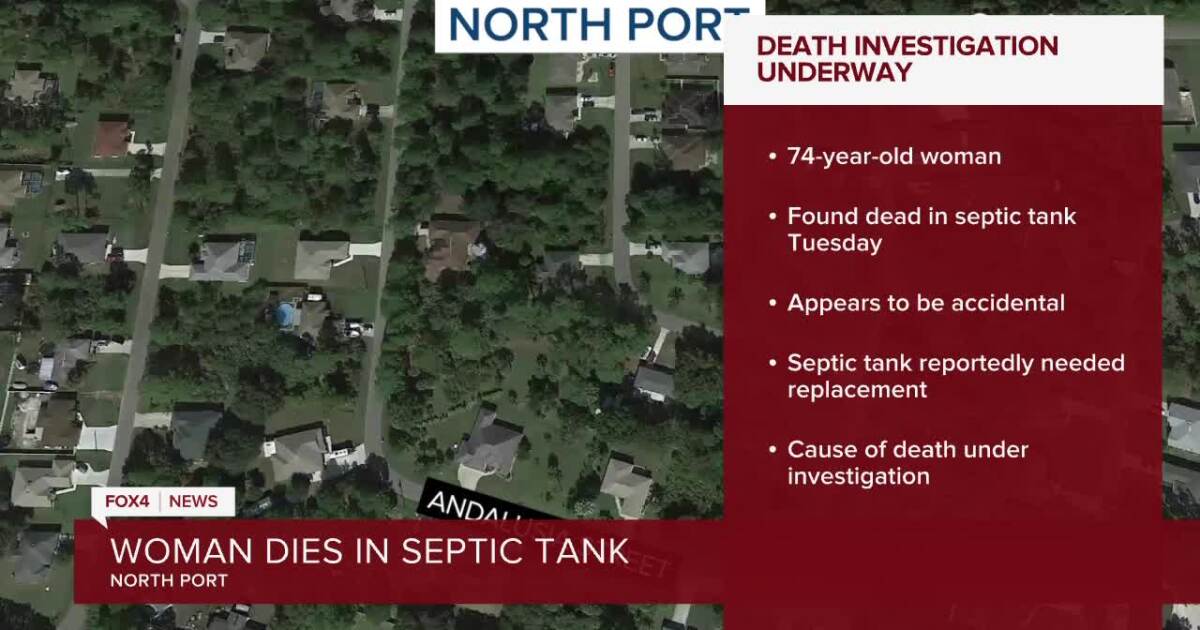 Officials say it was a tragic accident and she fell into it.

According to police, a septic tank company came out a year ago and told them they needed to replace the tank because septic tank lids often deteriorated over the years.

The wife never had the tank replaced.

Apparently, as she was watering her flowers, she stepped where she couldn’t see the septic tank lid and fell into it. Exactly how she fell in is being determined by officials at this time.

Currently, police say the death was not a suspicious one, but a tragic accident.