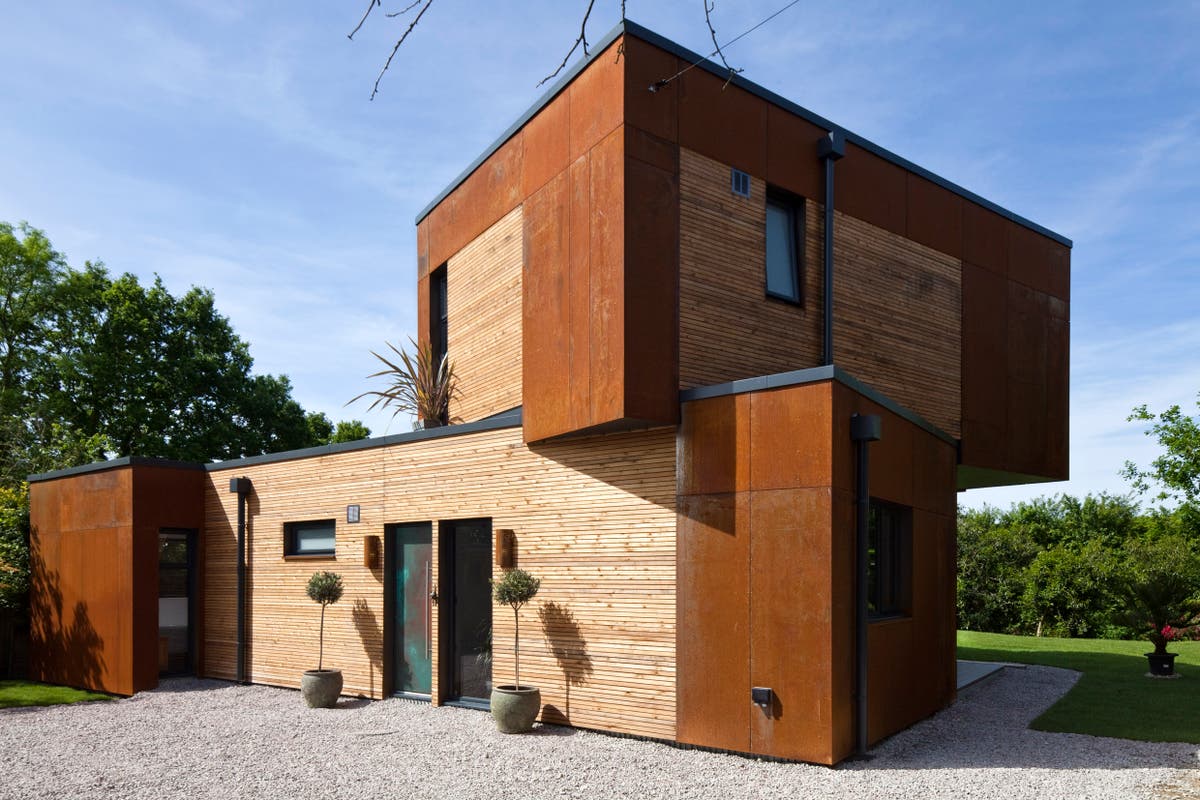 Imagine if building a house was as easy as buying something online,” says Kevin McCloud, host of Grand Designs, dressed as a postman. “But the problem with buying online is that you don’t always get what you order.”

The opening move of this week’s episode of the long-running Channel 4 show, now in its 23rd season, gives viewers a big clue as to the themes of the programme.

Former farmer and floorboarder Rob and his partner Kate live in a white weatherboard clad prefabricated cottage in a quiet corner of Kent.

It was built by Rob’s grandfather in 1948 on part of the family farm during the post-war house building period. During that decade, 150,000 prefab homes were built to replace the housing stock destroyed during the Blitz.

Paint is peeling on the exterior walls, there is asbestos in the paneling and it’s freezing from lack of insulation, explains Kate, who is training to be a paddle instructor.

The couple, both from the area, have lived there for eight years with their pair of boxers and are ready to take the plunge and replace their home with a far superior modern version, again made in a factory.

“We were never able to raise a family,” says Kate, “but there’s no point in feeling sorry for yourself. It is time we take a positive step forward.”

She feels they’ll have more control over the project – which will wipe out their entire £350,000 budget – if it’s manufactured in a factory rather than built from scratch on site.

“This is the beginning of us to achieve the happiness that Kate and I want. It means so much on so many levels,” says an emotional Rob.

With permission to enter the farmer’s field behind the property, the six modules are lifted by crane over the trees and hedges and placed in 14 concrete base foundations.

These Corten steel clad modules are built in the Sussex coast factory, insulated, piped and wired and fitted with fixtures such as kitchen cabinets and taps before being gift wrapped and delivered to Kent by a fleet of lorries.

A look inside the house

The four connected modules on the ground floor accommodate the hallway, two guest rooms and an open kitchen and living area.

Two modules are placed on top at an angle to make the most of the sunlight, forming Rob and Kate’s bedroom suite with a private balcony overlooking his former family farm.

The project was supposed to take five months – with the couple planning to finish by Christmas – but the factory normally produces a conveyor belt of Identikit social homes. Will they manage to think outside the box and produce this unique trait, McCloud asks?

And when the couple gets exactly what they ordered, does that steel arrangement become an eyesore in a quaint Kent bag?

Watch the second episode of the 23rd series of Grand Designs tonight at 9pm on Channel 4.

How Much Does a Chimney Inspection Cost? (2022)

Home Depot Workers Unionize, Tired of ‘No Training, No Staff’