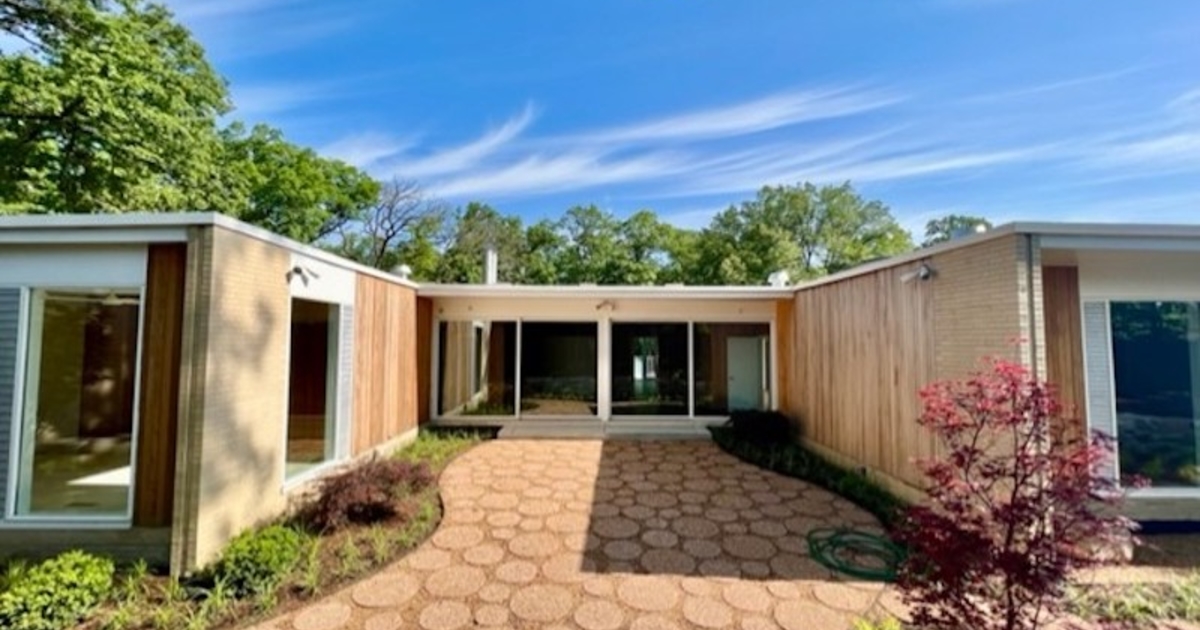 The Keck house “was quite dilapidated, but it shouldn’t be demolished,” Cynthia Curry said. If it went to the open market, she said, “someone would look at the workload and decide to tear it down.”

The Kecks designed hundreds of homes, many modest, in keeping with the post-war era. The house on Taft Road is tall and looks like a series of interlocking rectangular boxes on its flat hilltop lot. Made primarily of brick, it is punctuated by floor-to-ceiling windows and a wall of classic mid-century brece block that hides the front door from the street.

At the rear, the house is U-shaped, surrounding three sides of a small glass and brick courtyard.

“It’s very special back here,” Carl Curry said during a tour with a reporter. The new landscaping attempts to counteract the rigid, straight lines of the house with rounded cobblestones spreading across the ground like bubbles, natural rocks and swaying plants.

The rehab project, which lasted nearly two years, included installing all new plumbing and electrical systems, upgrading the kitchen and bathrooms in styles that complement the original modernist style, adding a second staircase, replacing old windows, the Attachment of exterior and interior walls and many other details.