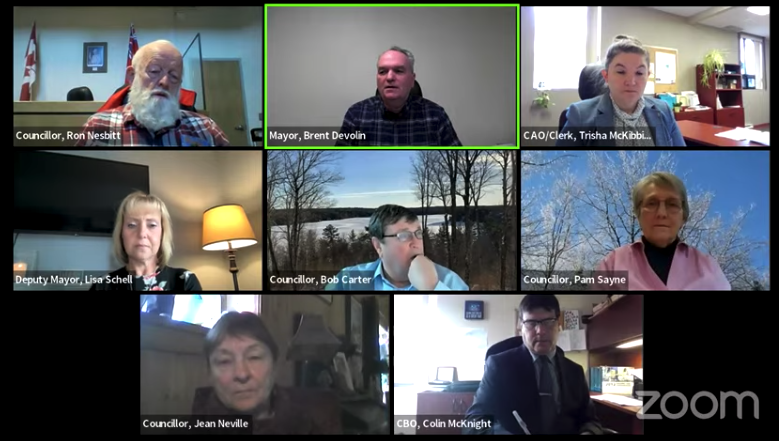 WSP Canada Inc., the contractor hired to conduct the Minden Hills septic re-inspection program, is preparing to launch the 2022 program but has been asked by council for better communication after the first year of the program proved frustrating for council, township staff and residents.

At the March 31 meeting of council, held virtually, senior technologist Brandon Aubin and senior rural development engineer Robert Passmore spoke to a lengthy 100-page report to council on the 2021 program.

Last year between May and September, WSP inspected 1,072 systems on 812 properties, with eight systems being inspected by third parties. Of those systems, 140 were 40 years or older, 377 were between 20 and 39 years old, 223 were between 10 and 19 years old and 65 were less than 10 years old. In total, 34 properties were considered high risk, 418 were considered medium risk and 620 were determined to be low risk.

At the end of the 2021 season, last October WSP Canada Inc. council representatives told their company’s staff departures, an unexpected phone system change, a larger volume of calls and emails, and homeowner changes were the reasons for program delays and the frustration of some residents had with the program.

Last week, Mayor Brent Devolin asked about lessons learned from the first season that will be applied to the second year.

Aubin noted there had been “growing pains” in the first year of the program, but further education for property owners on the benefit of the inspections and effective communication with council – as well as within WSP itself – were a focus.

Devolin said communication was “the elephant in the room,” and said feedback to staff “in a timely fashion” was most important.

Councilor Bob Carter asked if assessment was being done for adequacy of size of the septic system for the property.

The representatives said inspectors were looking for the sizing of the septic tanks but confirming it’s the right size for the building or occupants was not included in the Minden Hills program.

“We have lots of situations where people have added on to their building or bunkies or whatever and we should at least note it,” said Carter.

Carter then asked about the 162 “not completes,” from last year’s inspections, those being properties requiring inspection that haven’t been inspected yet due to scheduling conflicts or non-response from property owners.

“One of my fears is that there’s people in there hiding,” said Carter. “In other words, I’ve heard from other jurisdictions where people will do everything they can to prevent the inspection from taking place because they’ve got a woefully inadequate system. That’s certainly part of the goal here, to try to make sure those woefully inadequate systems are captured and so our lakes aren’t damaged even further.”

He said “in no way, shape or form,” should those properties not be seen by the end of this calendar year.

As the program began in Councilor Pam Sayne’s ward, she said she received the most calls about it.

“I was amazed at how many referrals there were to go back to the municipality, because part of the reason we decided to contract this out instead of bringing it in to staff what it would take less pressure off of our building department to have this outsourced ,” she said.

Sayne said she doesn’t want people who are doing regular inspections and pump outs as required to be paying twice – once for their regular maintenance and once for inspection – and noted debate about how often the septic systems should be pumped, requesting that new research be taken into consideration as well as new technology that measures sludge and scum by laser.

She too, expressed disappointment in communication mishaps, reporting that residents were not getting calls back promptly or at all, and that letters that said residents had 30 days to correct a faulty system, in the middle of winter, were not realistic.

“It’s good to get the conversation going, but I’d like to see some improvements if we’re going to continue this system,” she said.

Colin McKnight, the township’s chief building official, said new staff members both at the township and with WSP would meet to go forward to address issues.

As previously reported, properties are scheduled to be inspected during a phased, five-year period. The first zone, where septic system inspections began last year, included Gull and Moore lakes and surrounding areas south of Minden.

WSP Canada Inc. was also used by the Township of Algonquin Highlands and the Municipality of Dysart et al for their programs. The full 2021 report is available online at mindenhills.civicweb.net.