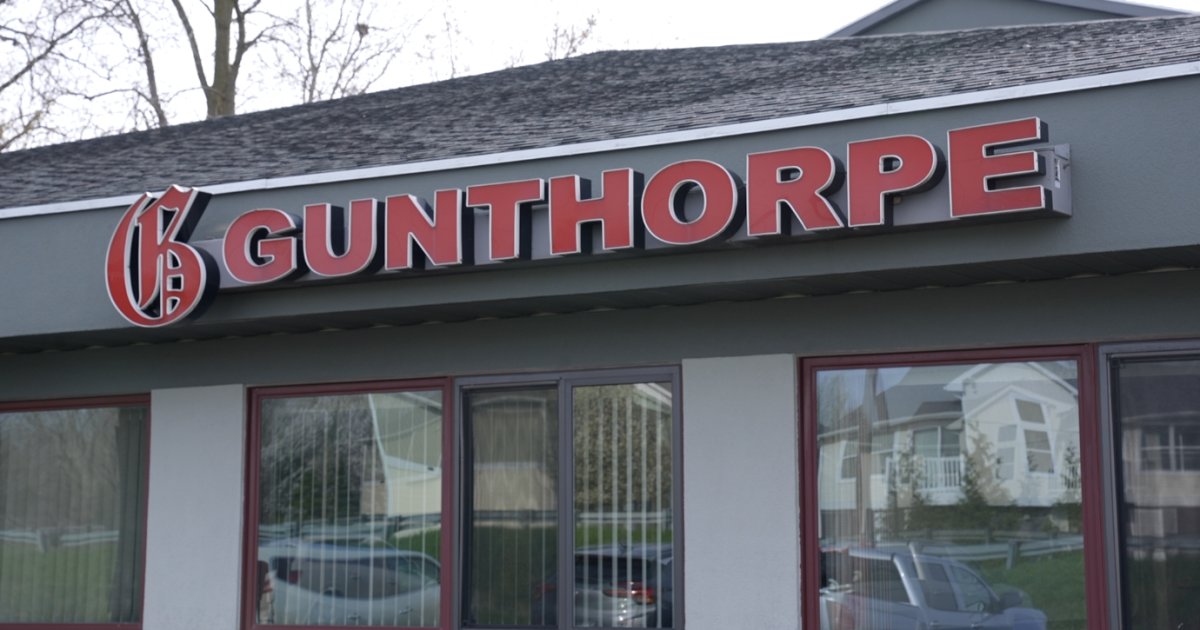 EAST LANSING, Michigan – The Facility for Rare Isotope Beams at Michigan State University houses the world’s most powerful heavy-ion accelerator. The technology required innovation, and not just from the scientists.

In 2014, Gunthorpe Plumbing and Heating in East Lansing was awarded a contract to work on the $730 million nuclear science research facility in a joint venture with Limbach.

“It was just for the mechanical and HVAC systems,” said Nathan Gunthorpe, vice president of Gunthorpe Plumbing and Heating. “We chose some of the more technical welding systems, so some of the activated chilled water systems that cool this equipment in the tunnel.”

“And said, ‘Here’s what they want us to do.’ He gave us some background, some drawings, sort of an assembled model. ‘Can you do that?’ We took a trip to another lab down south, we looked at an existing facility and came back and said ‘yes,'” said Gunthorpe.

FRIB lab manager Thomas Glasmacher said it’s a “design-assist arrangement, where we give them the requirements, they create the design, and then they install it.”

So what did they have to design and install? Essentially a huge cooling system for the lab’s equipment, a job usually outsourced to cryogenic specialists.

“You know, out there as an engineering contractor, you understand your role. I wasn’t really responsible for the technical aspects, but I have a decent background in what they were trying to do,” Gunthorpe said. “Essentially it is a helium system. They have six warm compressors and two cold boxes. They send warm helium through the cold compressors and cool it down to 4K or 2K, which is as close to absolute zero as possible.”

At this point, the helium is transported as a superliquid down the tunnel, where magnets are charged to accelerate the isotope beamline.

“That way they can cool these magnets, so they’re super efficient and they’re going at speeds that they’re trying to get to,” Gunthorpe said.

Much of the design and detailing was done in 2016 and most of 2017 was boots on the ground. They did it in an unprecedented 11 months.

Gunthorpe said when they originally got the job he had no idea how deeply involved they would be in the project, but he was ready.

“I think we all took away that, ‘Damn, why don’t we?’ We don’t need to bring in a specialist contractor from God knows where,” said Gunthorpe. “We’ve always prided ourselves on doing a good job and putting the needs of the owners first and when we were out it was a necessity and we took on the task and thank goodness it worked out.”

Glasmacher said the Gunthorpe family business “exemplifies why FRIB thrives in the middle of Michigan, because we find these partners who are really good at what they do. He really helped us build FRIB, and then of course all the people they work for.”

MSU held a band average for FRIB last week and initial experiments there began this week.

Stay in touch with us anytime, anywhere.

Sign up for newsletters to be emailed to your inbox.