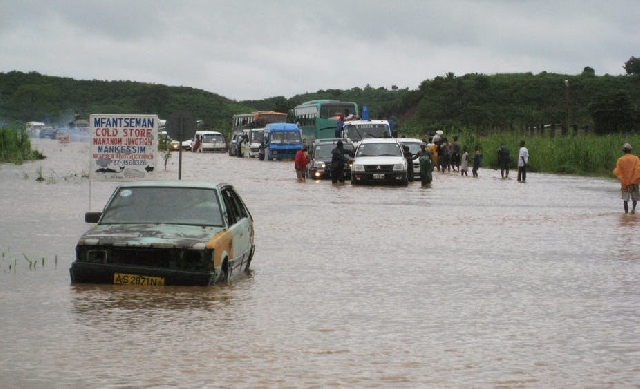 The head of the Department of Drainage and Hydrology of the Ministry of Works and Housing, Ing. Richard Amekpor, has revealed the reasons for the constant flooding in some parts of the country’s cities.

According to him, many of the gullies built to collect the pouring water when it rains are clogged with foreign matter.

He said these foreign substances impede the free flow of flood water in storm sewers when it rains in cities.

Mr Amekpor said this in response to recent flooding in parts of the central region after 12 hours of rain over the weekend in an interview with Ghana Yensom Morning Show host Kwame Obeng Sarkodie on Monday 20 June 2022.

“Our research has confirmed that many of the storm sewers in these cities need some form of desludging to hold back flood water when it rains,” he said.

He cited the gully in the Accra Academy SHS area near the Kaneshie Market area along the Kaneshie-Mallam expressway in metropolitan Accra as one of the gullies clogged with foreign matter.

He assured that some maintenance work has started to save the situation in case of rain.

He added that some maintenance work has been done on areas like Madina-Redco, Ogbojo, Abeka-Lapaz and others.

He was quick to add that floods cannot be stopped in their current form, but can be mitigated with measures including desludging, among others.

He blamed the country’s recent architectural style and building without permits as the main cause of urban flooding.

“So at the slightest rain, some urban areas get flooded because the city lacks proper drainage,” he noted, adding that “people are building to take up more space than they used to.”