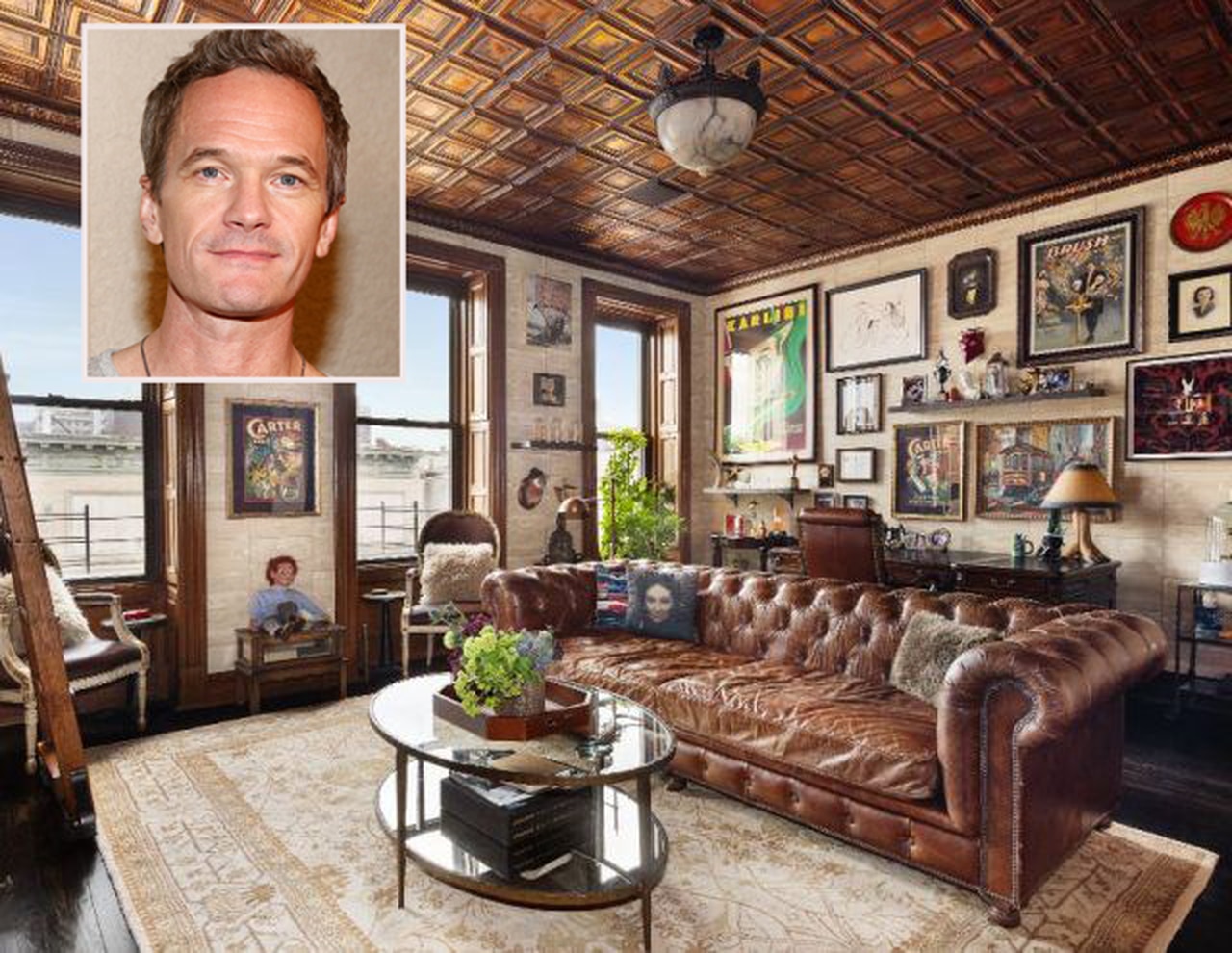 NEW YORK, NY — Neil Patrick Harris’ 8,000 square feet. The 5th Avenue residence was listed for sale for $7.325 million and has now sold for just over $7.1 million — a new record for the neighborhood, according to TopTenRealEstate.com.

Beautiful glass doors open onto an outdoor terrace with built-in BBQ and city views for intimate gatherings, while the larger roof terrace, also with built-in BBQ, accommodates guests under a wooden pergola. According to TopTenRealEstate.com, a vintage bar, converted from an old hotel and updated with new plumbing and fixtures, offers a distinctive place for entertaining. 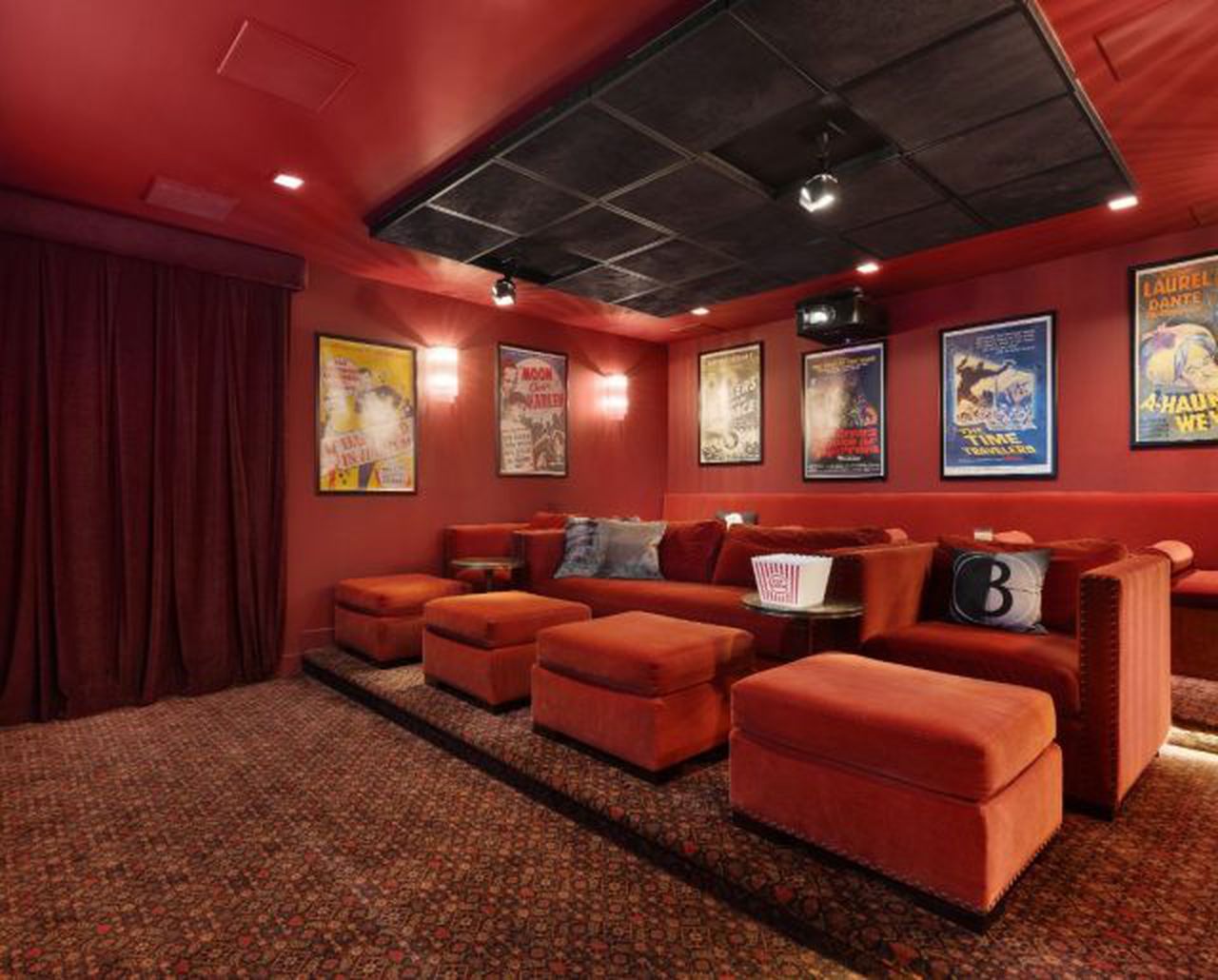 The theater seats ten in style (courtesy of Compass).

The master bedroom features a gas fireplace, massive walk-in closet, as well as a private outdoor deck with a beautiful garden that offers an opportunity to connect with nature in the middle of the city, and a hot tub. The five-faucet bathroom features Nero Marquina marble and double vanity. The attached den/library offers a private place to relax.

Harris left his personal touch in the home’s top-floor office, which opens through a secret door when a wizard’s eyeball is pressed on a vintage poster. The home also features a ten seat theater, recreation room, wine cellar, workshop and gymnasium completing the exquisitely furnished home. 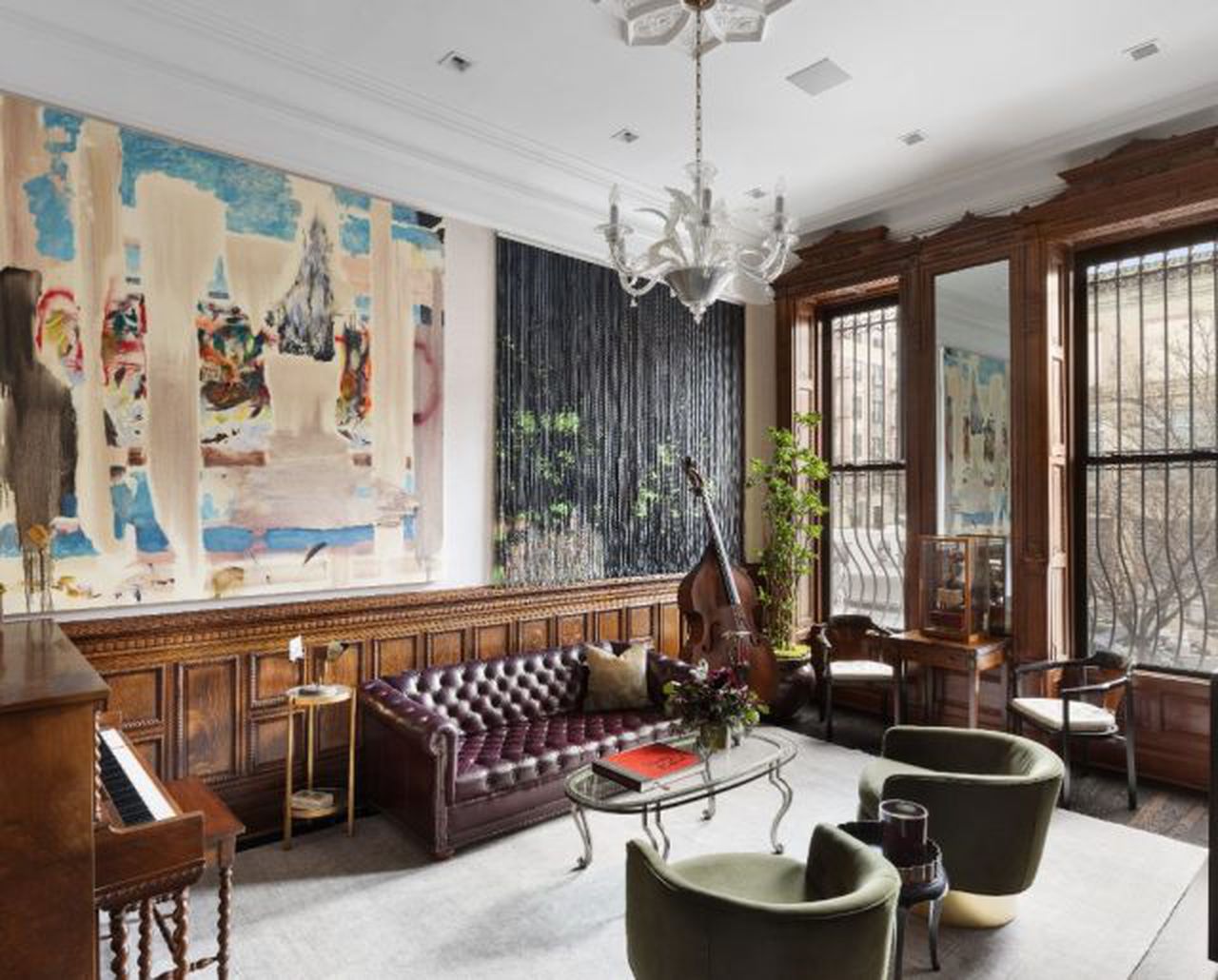 Truly one of a kind home features beautifully restored interiors (courtesy of Compass).

Neil Patrick Harris has been wowing audiences since he landed his first starring role as the teenage prodigy doctor of the same name in Doogie Howser MD. and the Oscars.

On the set of the popular sitcom How I Met Your Mother, where he played the womanizer Barney Stinson, Harris fell in love with a guest star, David Burtka. Which then prompted the star to come out of the closet in a 2006 interview with People magazine. Five years later, after the passage of New York’s Marriage Equality Act, the couple wed in an intimate ceremony in Italy, capped by an appearance by their good friend Elton John. The couple stayed in Los Angeles through the end of How I Met Your Mother and moved into a gorgeous five-story brownstone home in Harlem in 2013 with their twin sons Harper and Gideon, TopTenRealEstate.com said. 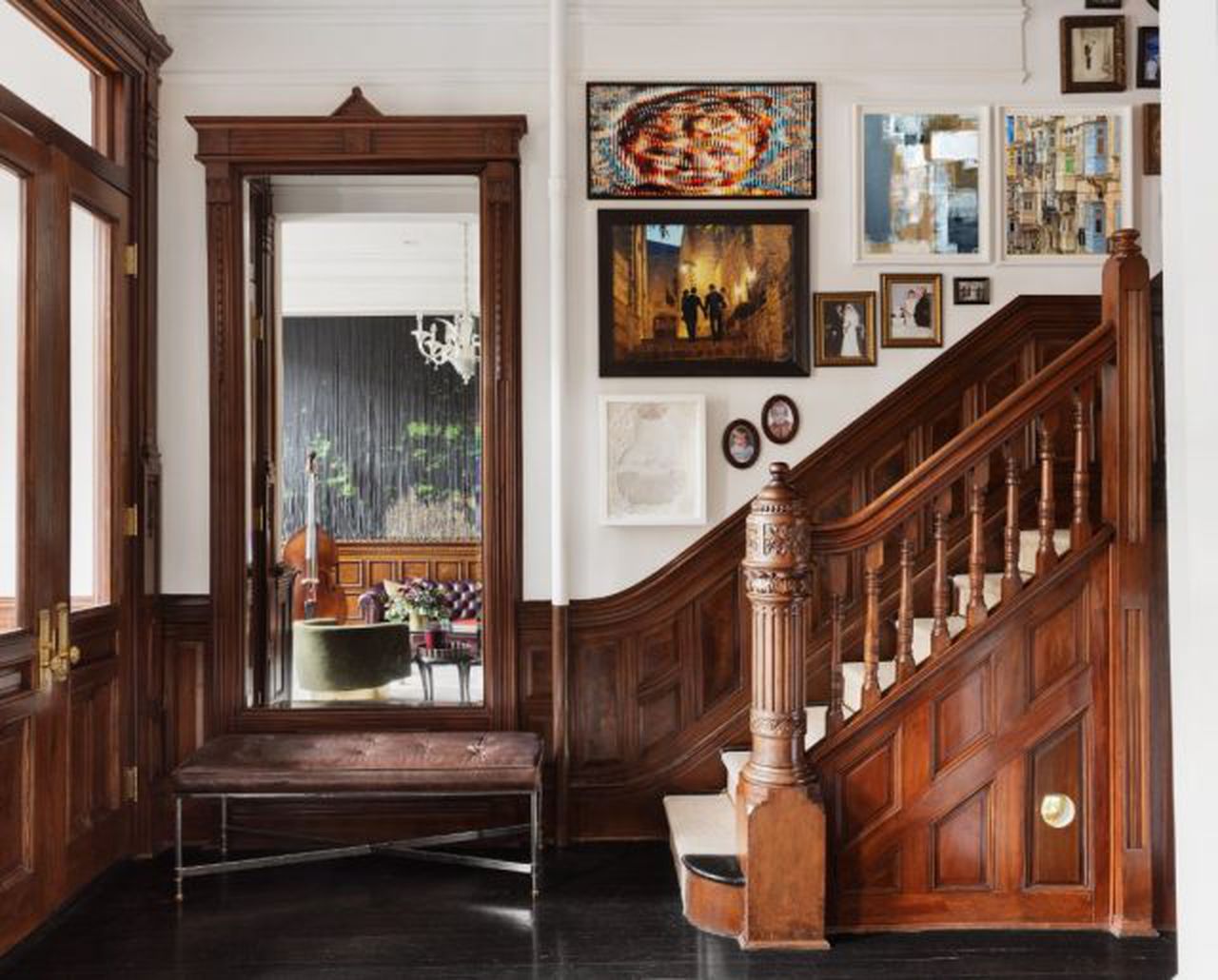 Settled by the Dutch in 1658, Harlem is one of Manhattan’s most historic neighborhoods. Harlem rose to cultural prominence in the 1920s as the scene of the “Harlem Renaissance” of African American artists. Nearby 125th Street, home to the famed Apollo Theater, is still a vibrant boulevard of shops, restaurants, and nightlife, while pocket parks throughout the neighborhood offer opportunities for quiet leisure. 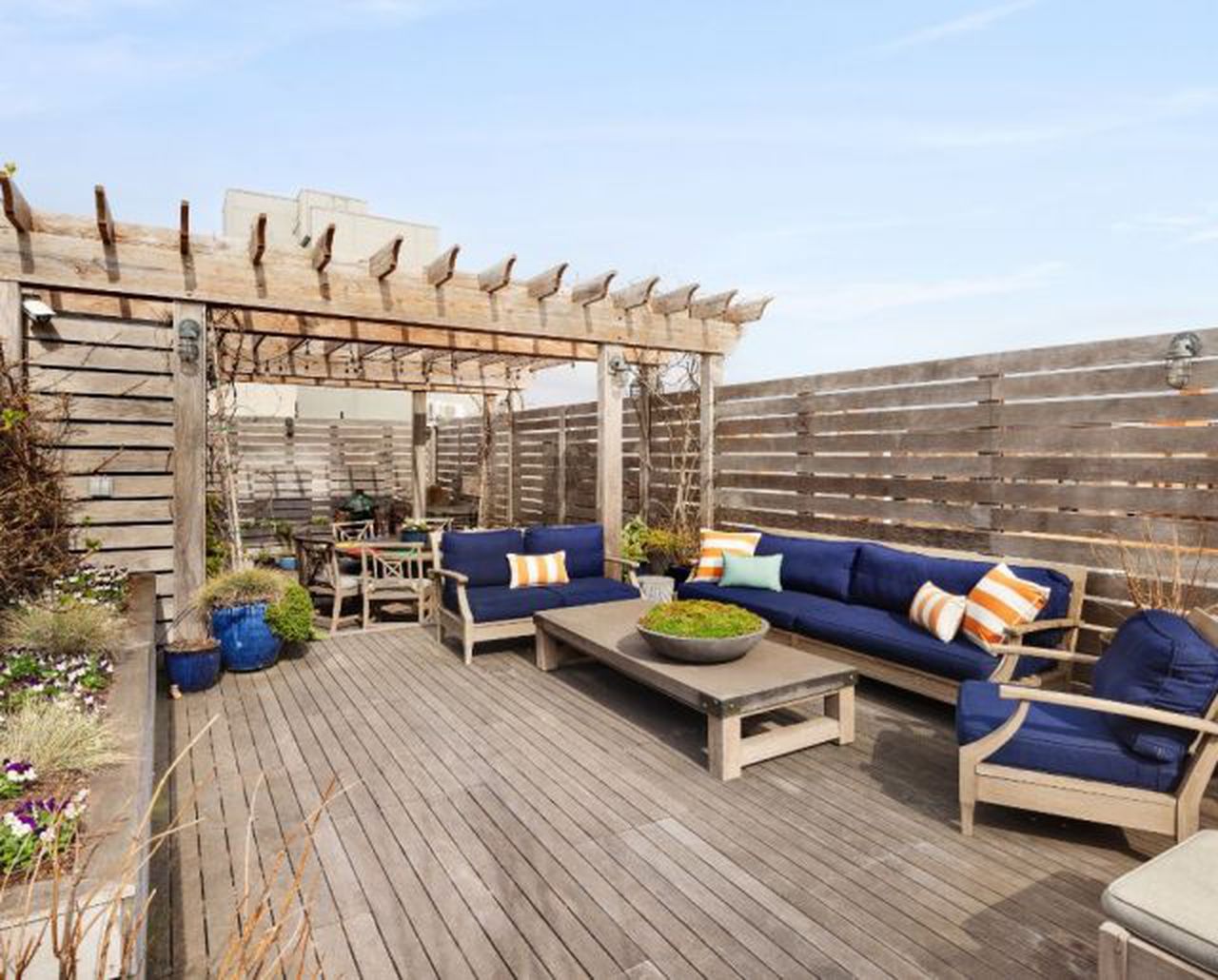 The rooftop terrace is perfect for summer parties (courtesy of Compass). 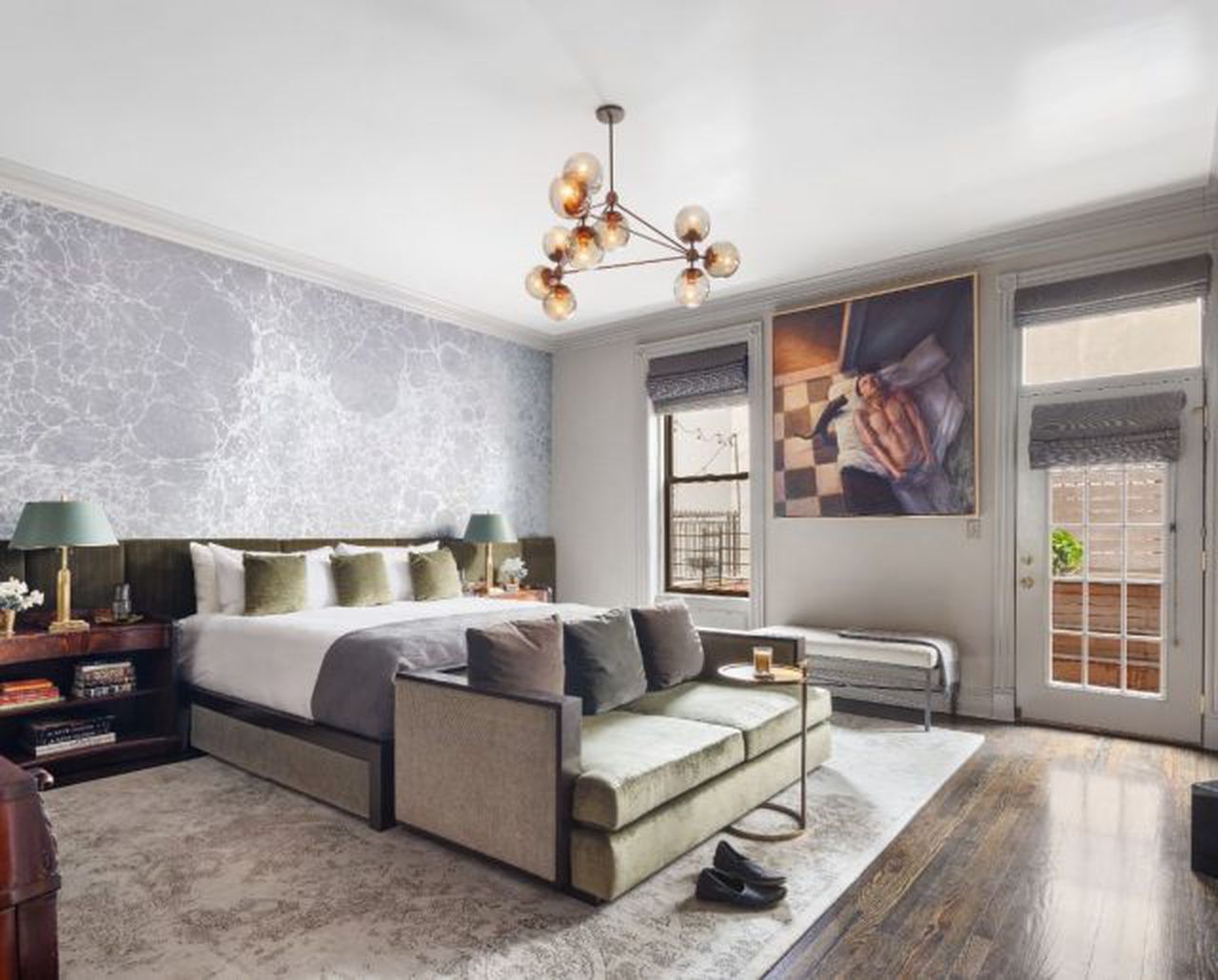 The primary bedroom is expansive with a gas fireplace and private deck (courtesy of Compass). 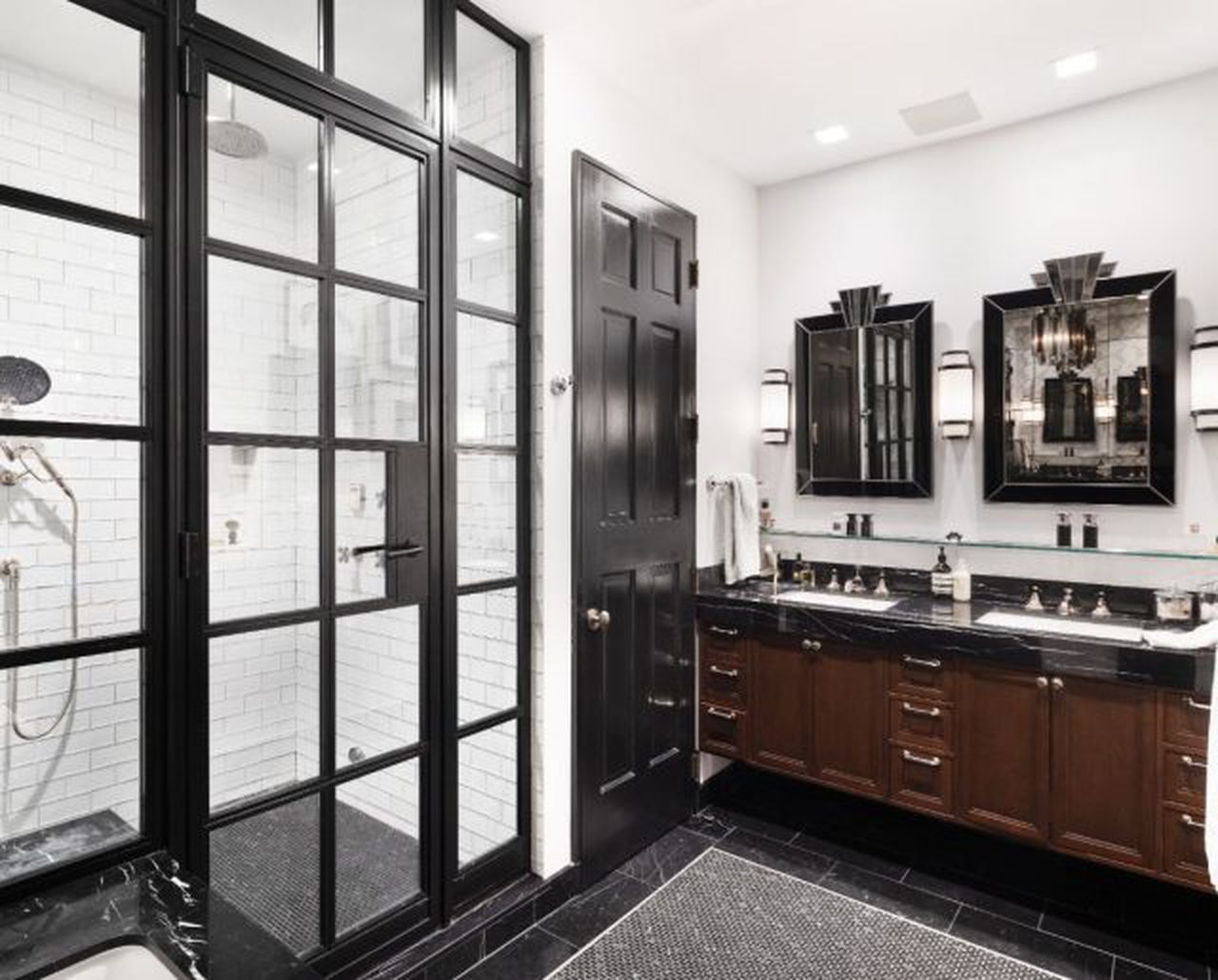 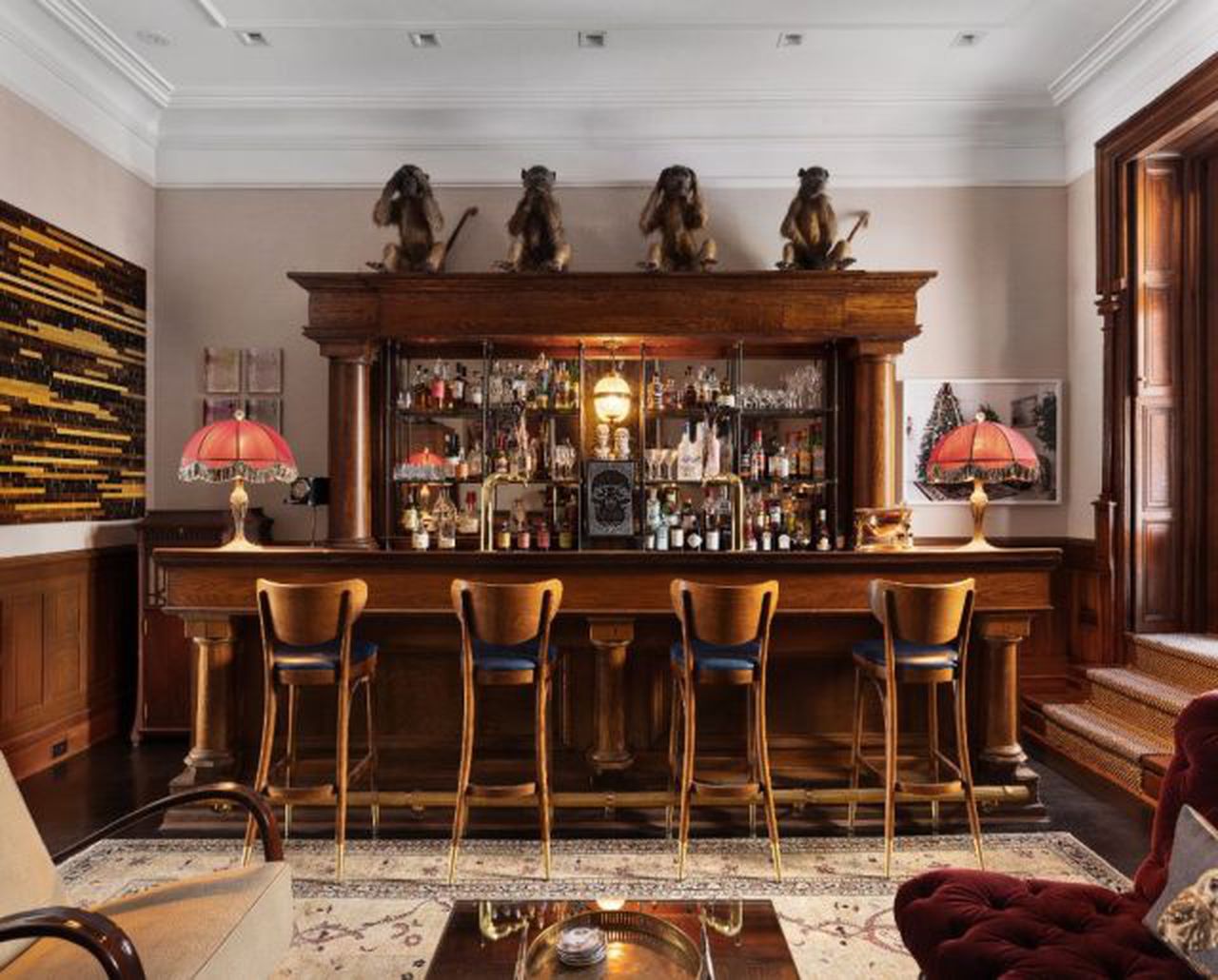 The vintage bar is from an old hotel (courtesy of Compass). 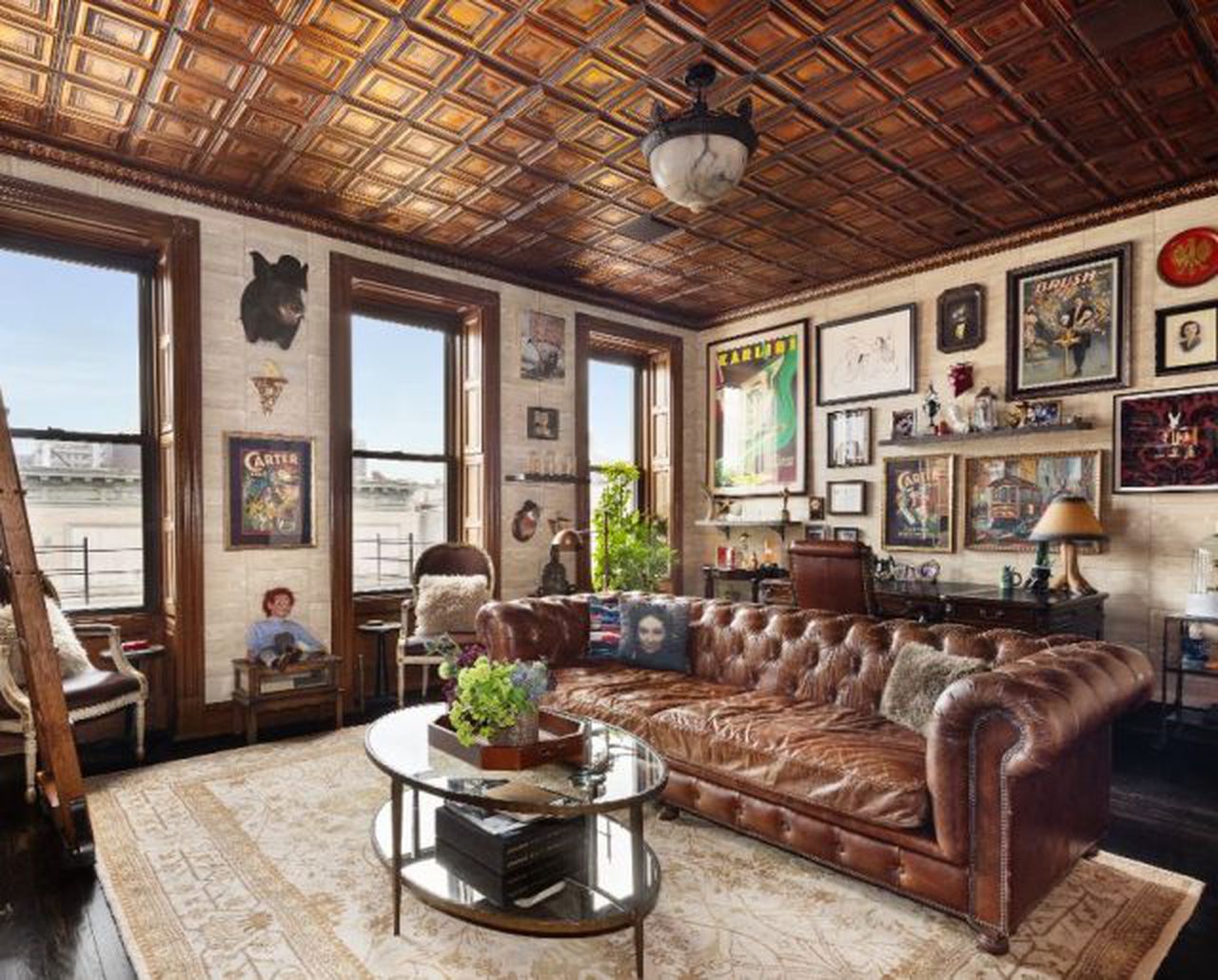