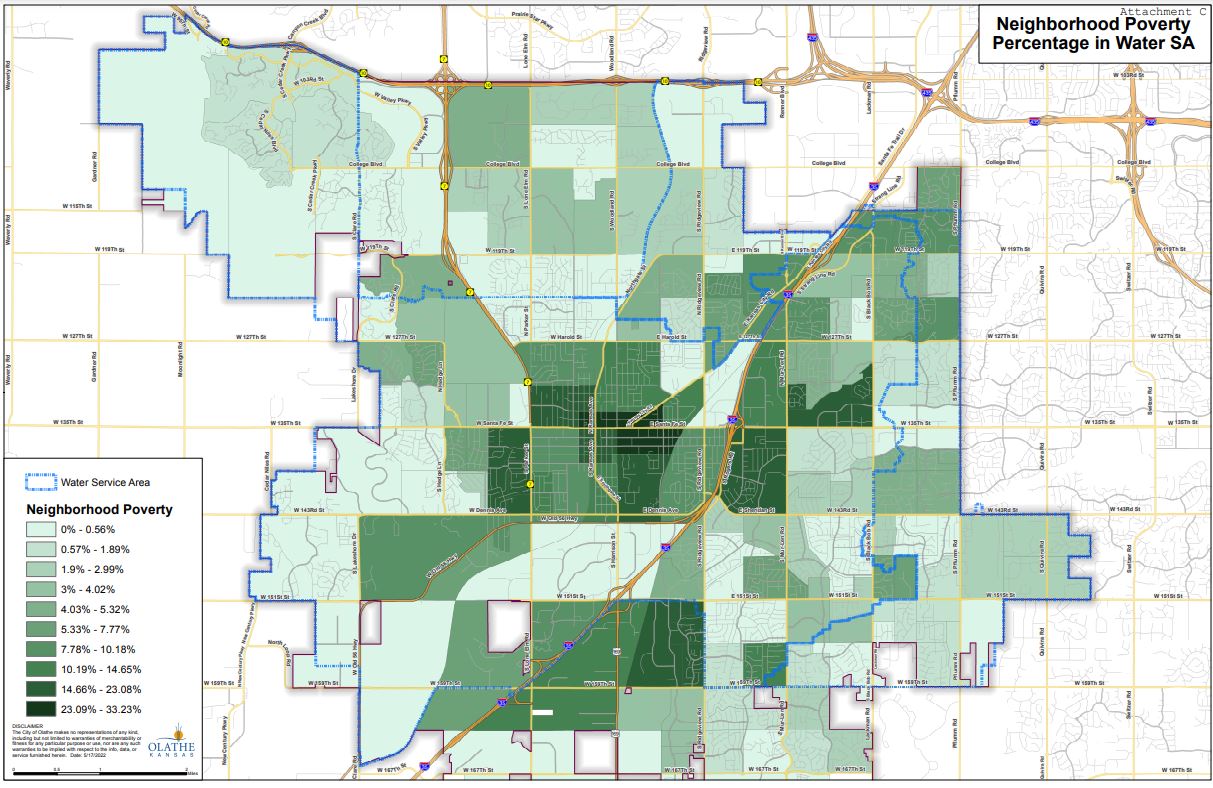 On Tuesday, the Olathe City Council will consider a resolution to apply for a public water supply loan from the Kansas Department of Health and Environment (KDHE).

The City Council will consider requesting up to $3,162,000 in funding to support the citywide lead and galvanized pipe replacement. If the loan is approved, the money would be used to replace water supply lines in areas of the city where the poverty rate exceeds 11.4%.

Kansas received $164 million for power line replacement through the bipartisan infrastructure bill, which will be distributed through the State Revolving Fund (SRF). The SRF is a federal and state program that offers cities financial support for the expansion of water infrastructure through low-interest loans.

To remain compliant, the city must:

The city of Olathe has 9,994 water services and city crews have so far identified 83 lead and galvanized water services within the proposed project area. City crews must assess the remaining 9,111 water supply lines before the October 16, 2024 deadline to qualify for funding from the SRF.

Download the FOX4 News app on iPhone and Android

City spokesman Cody Kennedy said city crews are replacing lead water supply lines once they are identified and will have a more accurate timeline for the project once the full inventory is complete. Kennedy said much of the lead pipe replacement work will likely occur in 2023 and 2024.

Under LCRR guidelines, the city is required to replace at least 3% of leading service lines annually.

The City Council will hold a public hearing and vote on applying for the loan during its next meeting on Tuesday, October 18 at 7 p.m City website.

What is One of the Most Usual Plumbing Repair Troubles?