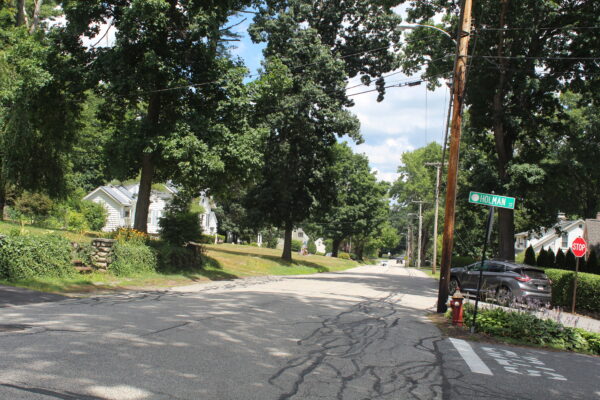 A portion of Prospect Street will be closed this week. (Photo/Caroline Gordon)

SHREWSBURY — A portion of Prospect Street near Holman Street will be closed for the few days to allow crews to replace a sewer line.

The Board of Selectmen approved the August 1-5 closure during its July 26 meeting.

Water and Sewer Superintendent Dan Rowley said the department has been inspecting sewers with cameras across the city as part of its survey of inflows and infiltrations.

“We’d love to get in there and have it fixed before we have an outage and sewage backups and an emergency,” Rowley told the selectmen.

Rowley noted that the repair is complex because the sewer line is about 14 feet deep. He reckoned crews could need a few days for repairs.

The Department of Public Works will inform the public through the use of CodeRED and News Flash Alerts and Message Alerts.

“It’s a very busy road. Anything we can do to redirect traffic will make it a lot easier,” Rowley said.

When to test for contaminated water in your home – Hometown Focus