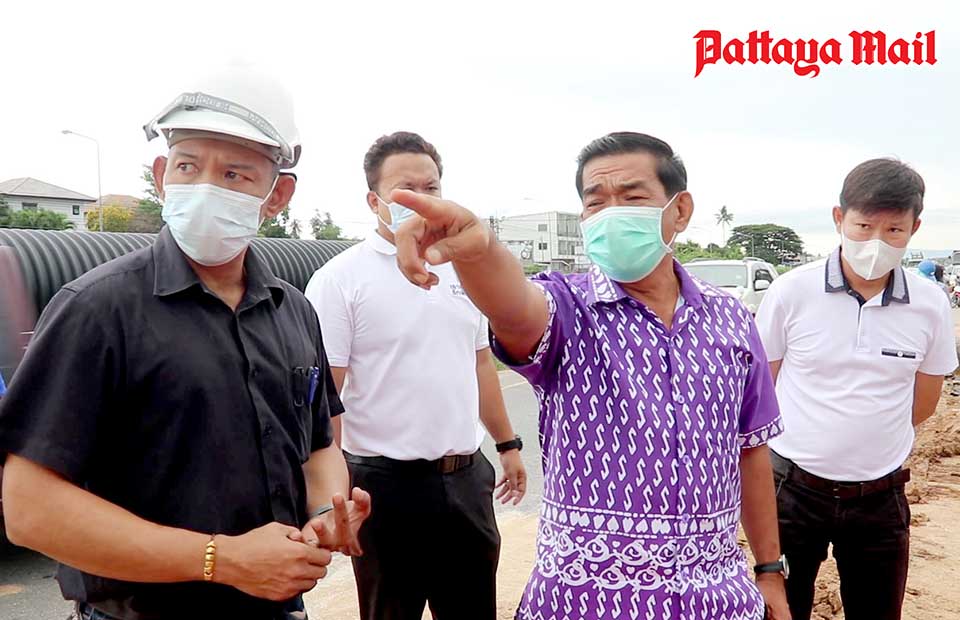 Deputy Mayor Manote Nongyai met with Soapier’s prime contractor to urge swift completion of the first phase of a planned three-year project that will span at least four years.

Work to lay 2.5 kilometers of new drainage pipes along Pattaya’s railroad-parallel road will be completed with a long delay by the end of August, Deputy Mayor Manote Nongyai said.

Saha Hydro began laying two meter long drainage pipes for the 2.5 km in December 2020. on State Railway of Thailand land. The pipes would divert the storm drain to the Naklua and Saah Suapaew canals, which would otherwise flow downhill to downtown Pattaya.

However, 18 months later, the project is only half complete. However, Manote assured that the laying of the pipe – but not the supporting falls and other parts of the drainage system – will be completed by August.

Saha Hydro executives blamed the delays on the SRT and said the rail authority had requested changes to the drainage system blueprint to accommodate its own high-speed rail project. Chonburi province also weighed in, saying Saha Hydro would have to move the planned pipeline route to avoid conflicts with the existing underground infrastructure.

The company also suspended work for weeks over the past 18 months due to labor shortages caused by the coronavirus pandemic. 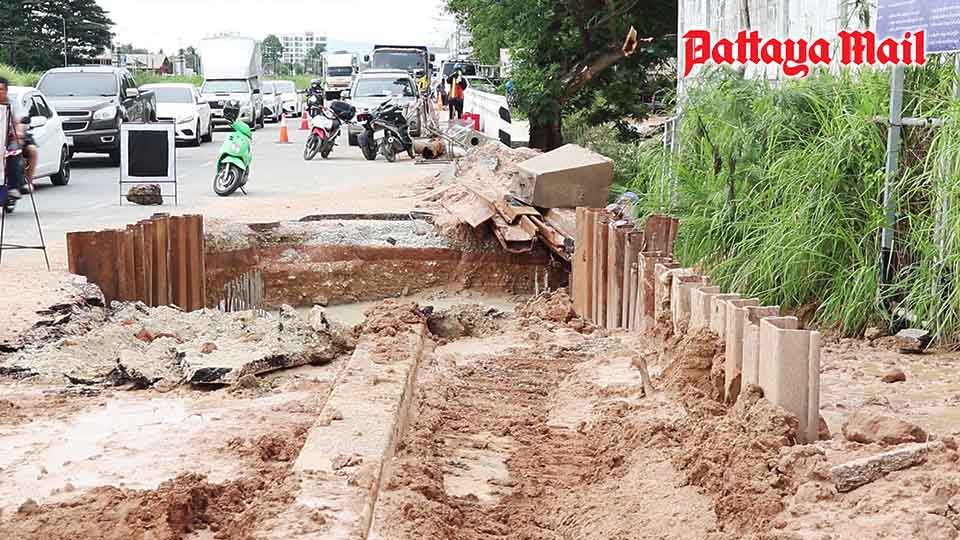 Residents and motorists are furious at the endless blame game between government agencies and contractors for the severely delayed project.