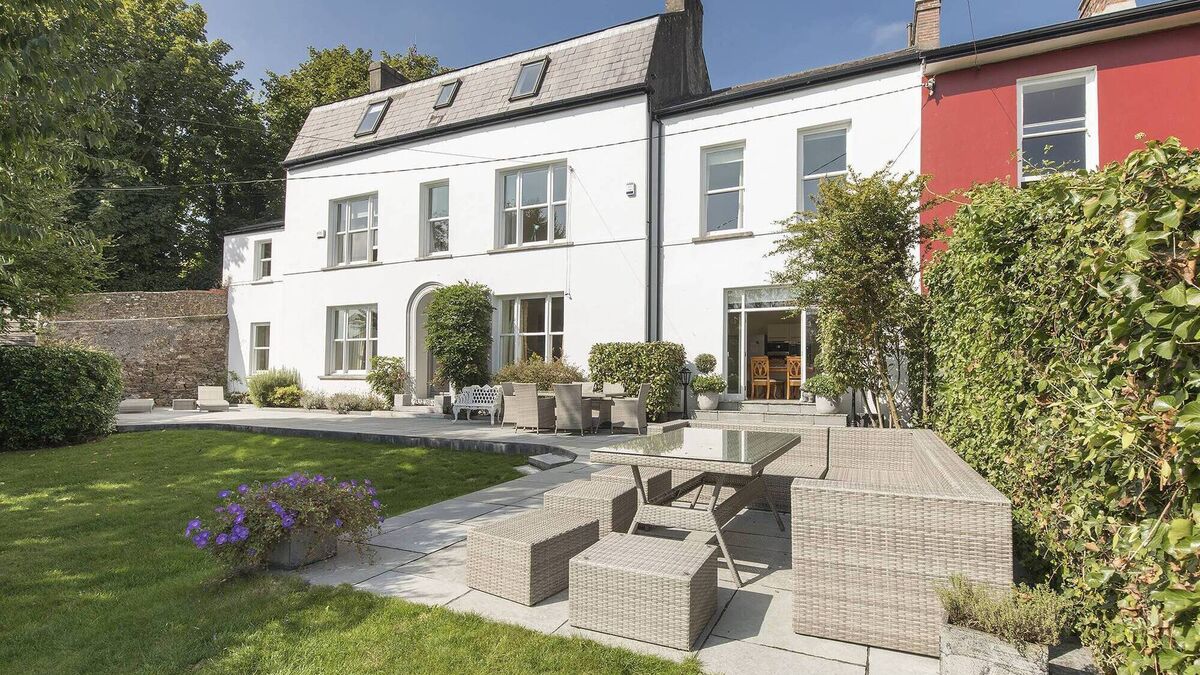 R.OSE hill? Where is that?

House sales on Cork’s Rose Hill are few and far between: in fact, most of it is under the house hunter’s radar for a number of reasons.

First, there aren’t that many houses with that address, just above and west of Wellington Bridge and Sunday’s Well.

Second, residents often stay for years, decades, or even generations on Upper and Lower Rose Hill, which are sort of stepped terraces, on the green southern slope overlooking the weir at Lee Fields. 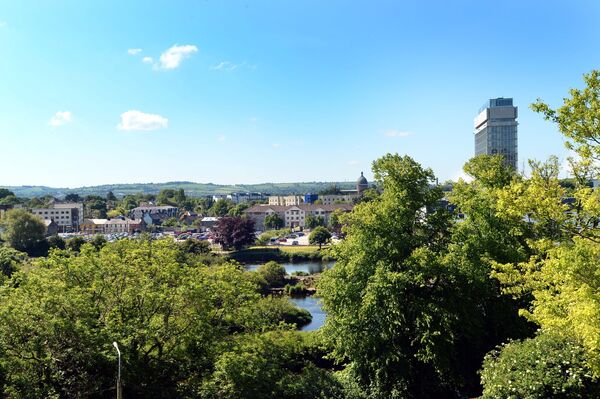 Looking south from a nearby section of Rose Hill

At Rose Hill House you can hear the water at the weir most of the time, but the actual view of the leeward itself is quite seasonal as old trees in this leafy setting tend to close up the view of the river in summer when they are fully grown cover up. 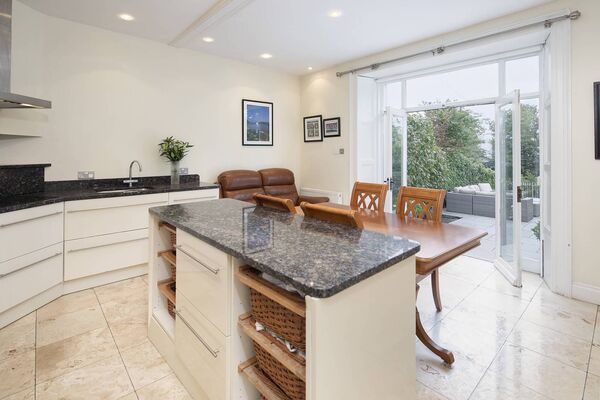 The kitchen / dining room is at full depth, with French doors to the south-facing terrace

That same growth in turn obscures the view of the lower-lying houses of Rose Hill, and there is more or less the Rose Hill House, private, discreet, more shielded now, most likely than when it was first built at the end of the 19th century.

The era, the end of the row house owned by a family now tumbling the trade after a decade and a half of occupation, is an early fall, the high end of the market supply in Cork City’s western quadrant, at a time of very shortage and strong supply Demand and is set at € 895,000 by his seller Michael O’Donovan of Savills Cork. 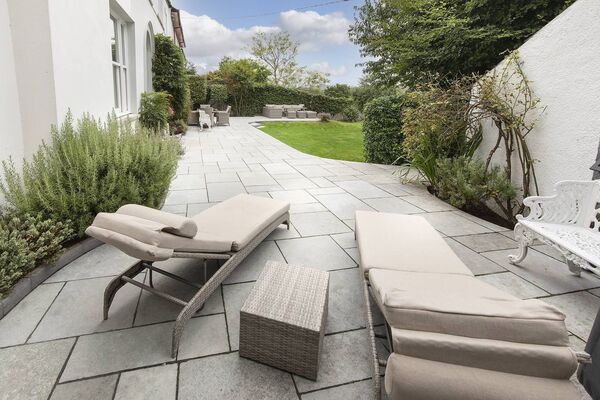 It was done by its sellers who bought around 2005, including wiring and plumbing, and previously by another previous owner who added the almost perky attic style roof with Velux windows a few decades ago. The top floor created by this extension now houses three of the six bedrooms of the property as well as a study and shower room.

Not just a large house with 3,500 m², thanks to its three levels it is also very wide, with a three-aisled main wing flanked on the left / west by a slender wing in which there is a wedge-shaped library on the ground floor, and on the right by a two-bay wing Wing that now houses the modern kitchen / breakfast room, which then adjoins the neighboring house on the city side, with an expanded privacy screen between them. 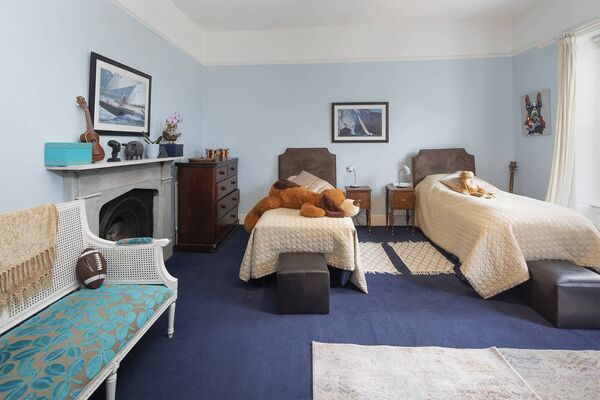 With its origins in 1895, the Rose Hill House appears in fine plaster, with replacement sliding windows from Marvin, has many historical trim elements such as interior arches and niches, ceilings and other decorative plasterwork, fireplaces (also in some bedrooms), polished wood floors, a upgraded kitchen with granite countertops, good bathrooms and lots of original artwork and paintings on display to top it off. 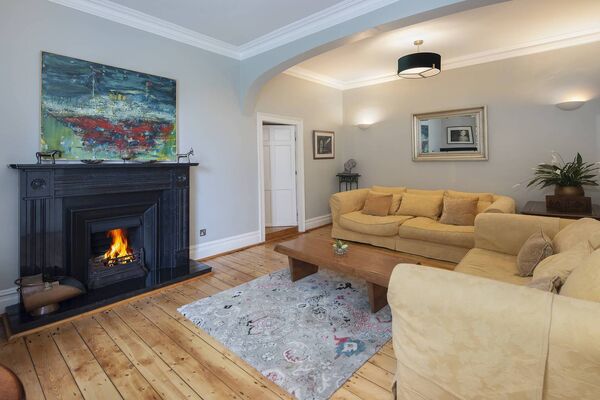 Probably warm thanks to the south-facing location (the BER is an E1), has gas central heating and mains connection, while the modern with CAT 5 cabling / fast broadband and Bosch surround sound comes to the fore.

Access is via a pedestrian entrance with an electric keyboard or via a double garage with an electric roller shutter. It leads to a front garden with its large, sun-protected terrace, recently redone with Indian limestone, with an extra deep section in front of the French doors of the dining area, which creates a nice connection between inside and outside. 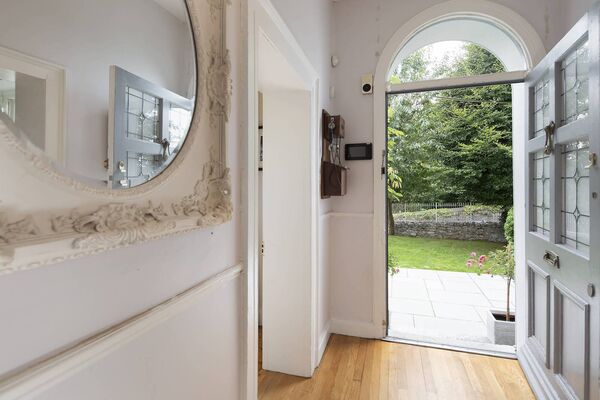 The front door is in the center, set in a simple high arch, with Wyatt-style sliding windows on either side, that is, with main sliding pain, complemented by slimmer side wings, a pattern that is also repeated on the windows directly above, with simpler, more regular ones Sash over the door and on the side.

Also a separate access to the back of the house is a large utility room behind the kitchen as well as a wine cellar, all following the general good advice of having the best rooms at the front of a south facing house, with the service rooms behind, cooler and north facing aligned (idea for pantries and wine cellars, etc.)

The recently added high-quality limestone front terrace is likely to be a popular spot for new owners as well as the sellers, with seating and dining areas at either end, with some mature landscaping, and with a wisteria on the front door, ready for spring displays. 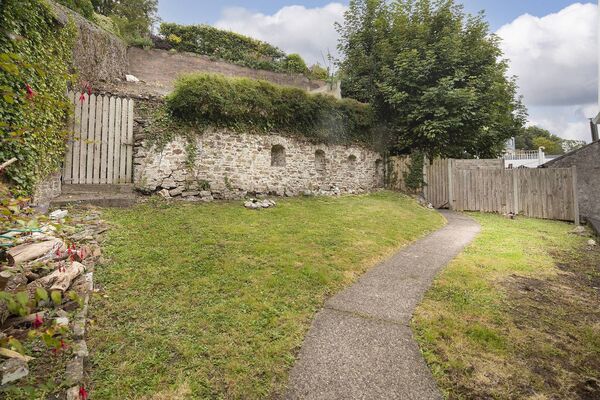 Behind it, the garden is tiered and tiered, with the upper section perfect for a vegetable and herb garden, suggests Mr O’Donovan from Savills in front of the greenhouse, or perhaps for the display of statues or small urns.

To the rear are a few houses that are not visible and are accessed from Upper Rose Hill, which has vehicle access farther away towards Sunday’s Well, and a tall old stone wall separates Rose Hill House from pedestrian access to Upper Rose Hill . 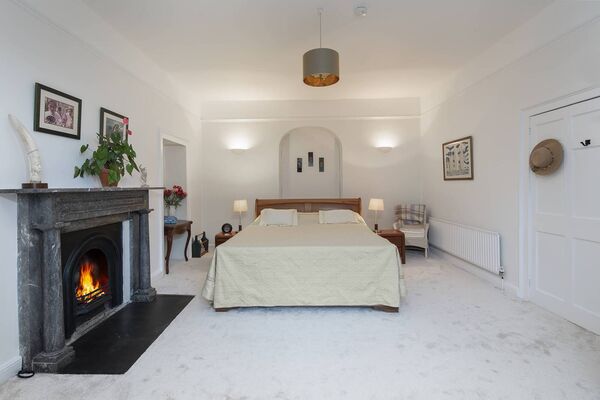 The 5,7 acre site of the former St. Kevin’s Hospital in Shanakiel lies beyond to the west, now under the control of the Land Development Agency and earmarked for substantial new 266-unit development and LDA renovation of the historic building. with an SHD (Strategic Housing Development) application approved by An Bord Pleanala.

The price register shows only a handful of home sales over € 400,000 in this section of Lee Road / Wellington Bridge as there are so few open market opportunities and the demand comes mostly from medical professionals and academics due to the proximity to UCC and major hospitals such as Bons, CUH and Mercy.

They are all within walking distance, as is Apple HQ on the hill above Shanakiel in Hollyhill, which employs 5,000c, along with the UCC main and western campuses, Mardyke and the Environmental Research Lab; Also nearby are Lee Fields, County Hall, Kingsley Hotel and Cork Technology Park on Model Farm Road, which is home to hundreds of jobs.

VERDICT: Convenience of the city, in a small and tastefully renovated historic house of size and character.