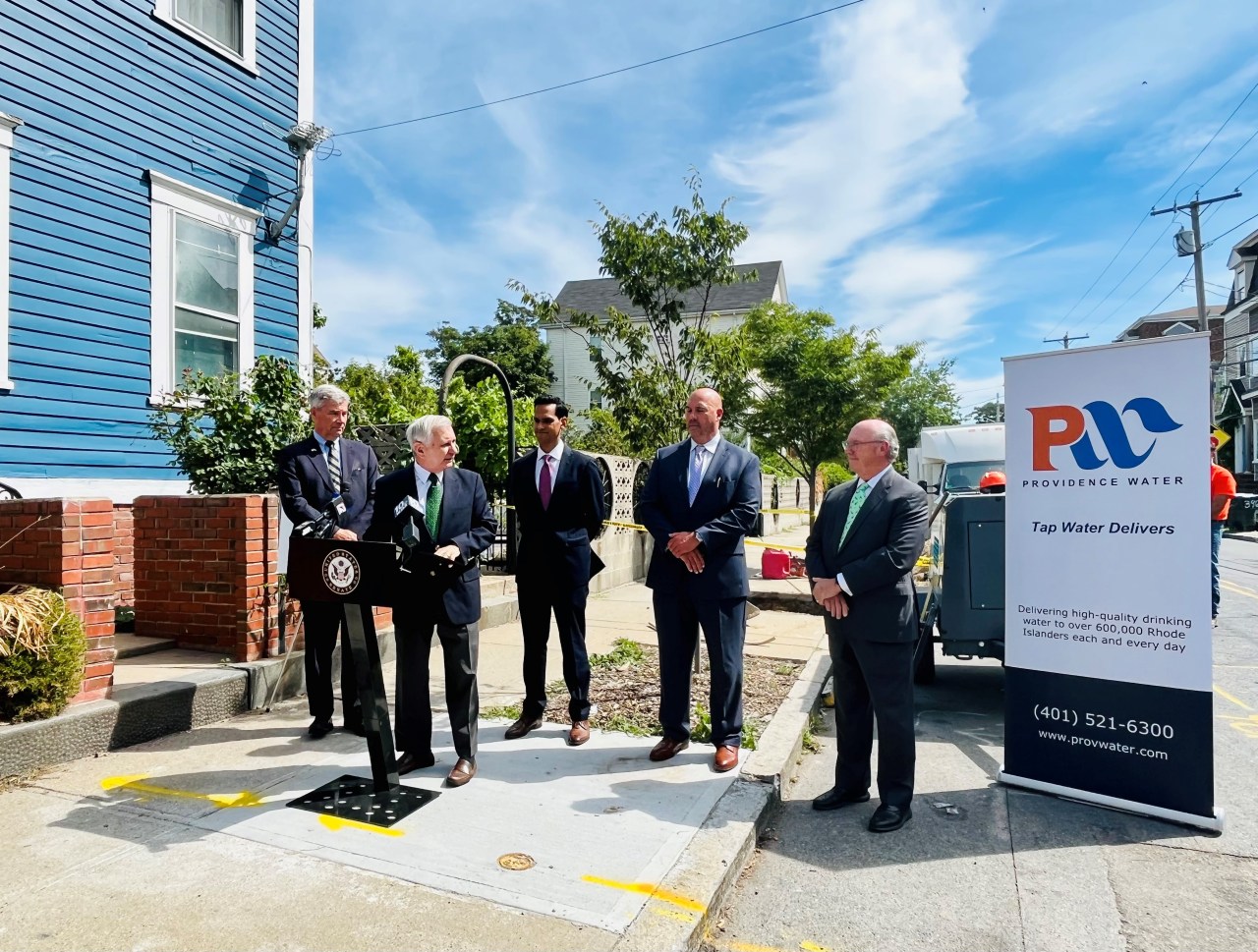 Reed and Whitehouse joined Providence Water and Rhode Island Infrastructure Bank to highlight the bipartisan infrastructure bill’s funding of $3.3 million for lead pipe replacement and other safe drinking water projects. They made the announcement on Potters Avenue in Providence where lead pipes were being replaced free of charge.

Using these pipes can create health concerns over time as lead can contaminate the water as it flows through. Consuming lead in any amount is not safe, and health officials say effects can include behavioral and learning problems in children, and heart, kidney, and reproductive problems in adults.

“Aging lead pipe has long been a serious health concern for communities across the country, including here in Rhode Island,” Reed said. “This $3.3 million earmarking will be used to eliminate lead exposure in the communities that Providence Water serves, including the replacement of over 730 private lead supply lines at no cost to homeowners.”

According to Providence Water, the funding will allow them to replace more than 31,000 private utility lines.

“Nearly 25,000 homeowners have private branch lines that are their personal plumbing,” said GM Ricky Caruolo. “Unfortunately, most of these homes are in economically disadvantaged communities, and the cost to replace a private secondary line service is $4,500.”

In addition to the $3.3 million, Reed and White House said, Rhode Island is expected to receive $377 million for drinking water improvements, including lead pipe replacement and PFAS remediation, through the Infrastructure Investment and Jobs Act.