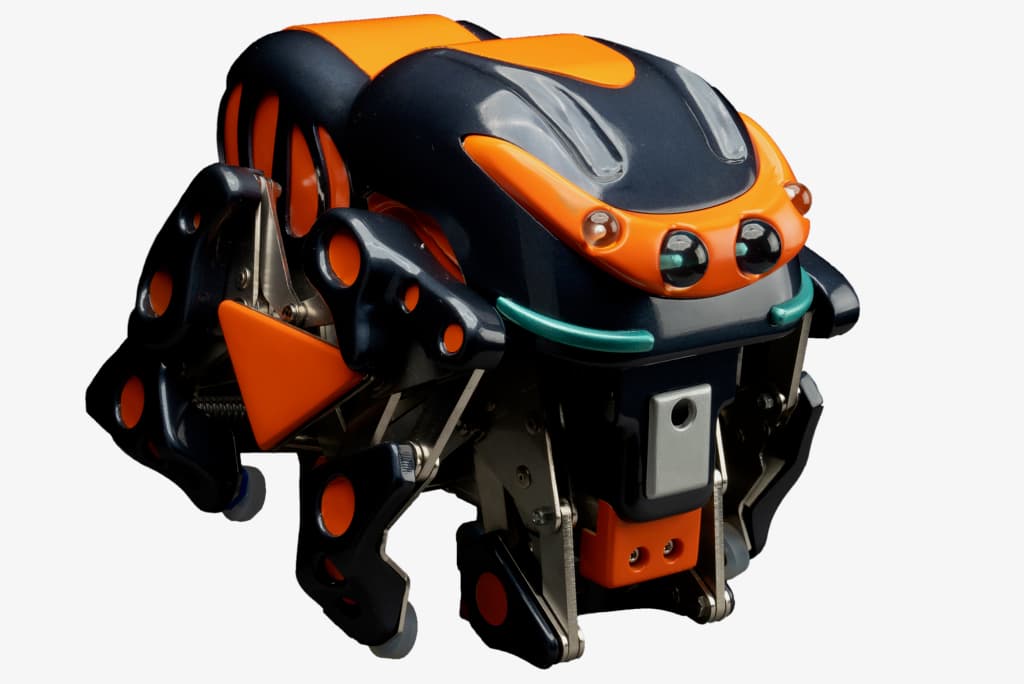 According to Japanese robotics company TMSUK, there is currently a shortage of sewer inspection personnel in this country. The company has therefore set out to optimize the workload for existing employees by developing a robotic spider to inspect sewer pipes.

The prototype multi-legged walking robot known as SPD1 was reportedly developed in response to a request from a road and sewer maintenance company.

In its current form, the device measures 21 x 25 x 28 cm (8.3 x 9.8 x 11 in), weighs approximately 3.5 kg (7.7 lb), and is designed to find its way through pipes , which are too narrow for humans to explore. The robot is remotely controlled and powered via a cable leading from it to its human operator, who uses a gaming controller.

This person is watching real-time video from the SPD1’s onboard camera, which could take the form of either a Raspberry Pi Camera Module 2 or an XDV360 360-degree camera – the advantage of the latter would be that it doesn’t have to physically pan and tilt the the actual camera, the user can simply pan and tilt virtually on their own touchscreen.

The robot’s “spider eyes” are actually LED headlights and sensors that it uses to capture its surroundings.

And while a single SPD1 could be used solely to perform inspections, TMSUK envisions a scenario where three of the robots could be physically connected by a cable and working as a group. In this setup, the lead bot navigates the pipe, the second bot identifies areas that need repairs, and the third bot performs those repairs via a tool-holding robotic arm.

It is planned to demonstrate the SPD1 at a “sewer inspection site” after which its commercial availability will be announced. It can be seen in action in the video below.

Natural gas rebates: Who can receive up to $2,000 with the Gold Package Bonus rebate