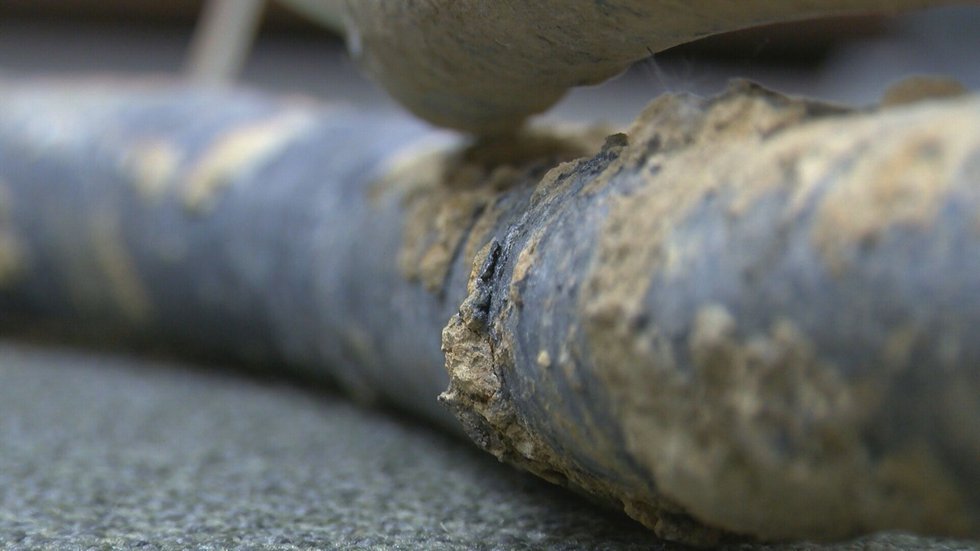 “Now we can get the job done and citizens don’t have to worry about ever having water problems,” said Saginaw Mayor Brenda Moore.

“We are currently understaffed. We have 50 percent less staff. We can do it a lot cheaper with our own city staff, but to make sure we can fulfill this 20-year mandate from the state, we thought this would be a great opportunity to hire some of them,” said Saginaw Public Services Director Phillip Karwat.

At Wednesday’s meeting, there was public comment from representatives from Martha Brown Custom Builders, another offer on the table.

Commentators have expressed dismay at the city’s review process, claiming there may be racism in the decision to go with another contractor.

These claims were refuted by council members.

“To come and call this entity racist is the wrong way to go. Literally what you did was spit in the face of the people who did the work and now, having just spit in their face, dare you to support them,” Councilor Reggie Williams said.

“When you have a bid that’s almost $6 million less than an individual who has done the job and is qualified to execute it, that’s a big problem,” Karwat said.

“Sometimes it’s not always a good idea to go for the cheapest provider,” Moore said.

The decision to proceed with the Rhode Brothers’ contract was passed by a six vote in favor and one no.

The only no was councilor Michael Flores.

He said he would have liked to see a minority-owned company take on the role.

“I think this is a great opportunity for the City of Saginaw to address inclusion, equality and equity,” Flores said.

The city was approaching a deadline to decide on a contractor.

The July 6 deadline has been extended to August 17.

If the city had missed the deadline, it would have lost the over $4 million loan from the Great Lakes State Department of Environment and Energy Drinking Water State Revolving Fund for the project.

“I’m glad we’re going to take care of it. It’s important to the city. What we want to see in the future is additional inclusivity,” Flores said.

Karwat estimates that work to replace the pipes could begin in September.