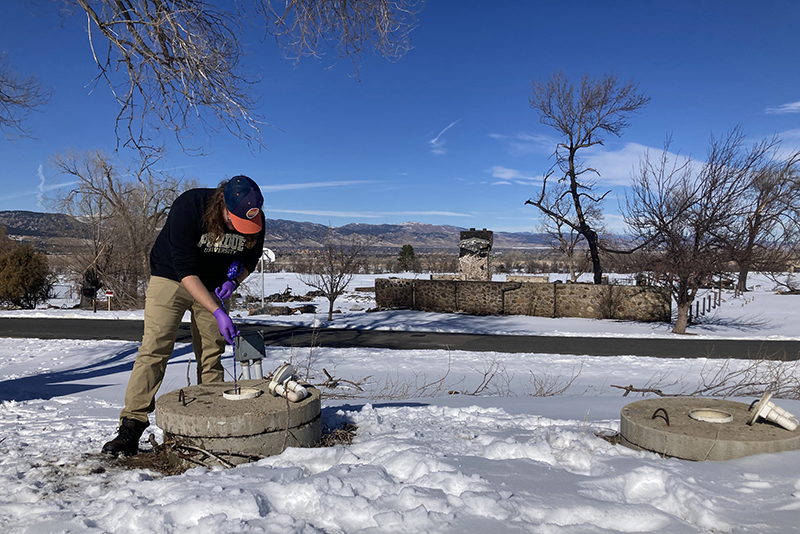 Water pollution after a forest fire can slow community recovery. US researchers found new ways to recognize and overcome the challenge.

The threat of wildfires is increasing, with recent wind-driven fires near Athens and in the Spanish province of Andalusia among examples linked to the rising heat. Recovering from wildfires poses a number of challenges for affected communities, but new research shows how safe drinking water supplies can be restored more quickly after a fire.

Andrew Whelton, professor of civil, environmental and ecological engineering at Purdue University in the United States, began fieldwork after the 2018 wildfires in the western United States

Whelton and his team focused on water supplies contaminated by wildfires, taking samples and using them to help local leaders determine the best ways to restore their water systems.

Benzene, a known carcinogen, was found after a wildfire in California at levels more than 10 times the US Environmental Protection Agency’s safe level. It was also found in 10 of 11 Purdue University laboratory samples taken after plastic pipe was exposed to high temperatures between 200°C and 400°C. Other chemicals found at fire-affected sites included naphthalene, styrene, toluene and xylenes.

As the researchers continued their work in various wildfire-affected US cities, they eventually identified more than 60 volatile organic compounds (VOCs) in drinking water after a wildfire. The problem, however, is that while VOCs are often toxic, they usually have no color or odor and are not easily identifiable in a visual inspection of pipes.

Whelton’s findings underscore the need for disaster response groups to test water systems for VOCs before assessing drinking water safety. A recent study by the California Department of Health also found evidence to support these findings.

“I was at a meeting in Colorado and couldn’t believe that five years after the Tubbs fire, we were talking about VOC water pollution like it was common,” Whelton said. “Here we are with the most destructive wildfire in Colorado history, and the state, the Environmental Protection Agency and others know how to test for these VOCs. And then they found her.”

The Purdue University team is now able to provide testing and expert guidance on what to look for and how to begin the water system restoration effort. Whelton also advises on building codes and other infrastructure, with a focus on protecting public health and wildfire hazards.

Through his research, he has also learned that engineering students benefit from disaster-related education so they can better respond to emergency situations in a future where they occur more frequently. Restoring the water supply after a forest fire is one such scenario.

“The faster we can decontaminate water systems, the faster communities can recover economically,” says Whelton.

Private wells are particularly vulnerable to contamination from wildfires. Purdue researchers are helping with testing at wildfire sites. (Photo by Purdue University/Andrew Whelton)

Celebrating 100+ Sponsors for the WATER Act

Food For The Poor, Water Mission Team Up to Provide Safe Water in Honduras –…