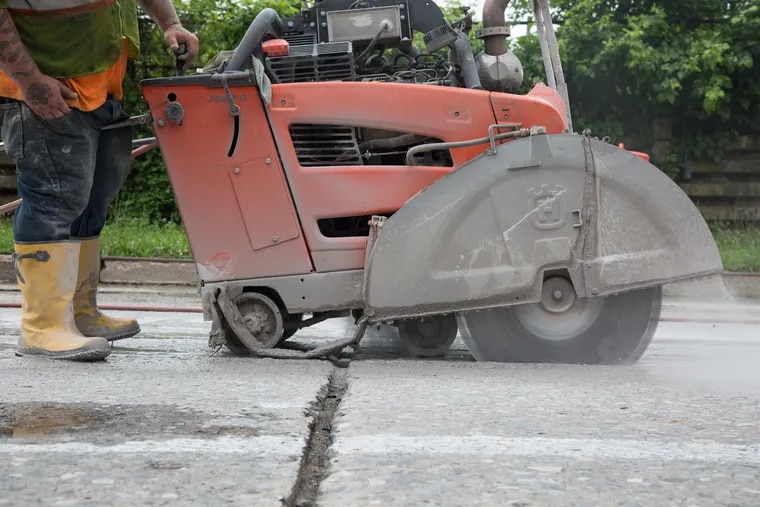 You may have noticed a few road closures in Philadelphia over the past few years to dig up and replace obsolete gas lines. The work will not stop.

State regulators on Thursday approved a plan for the city-owned Philadelphia Gas Works to accelerate the rehabilitation of its aging and leaking natural gas distribution system, including more than 950 miles of gas lines installed before World War II.

The Pennsylvania Public Utility Commission voted 3-0 to approve the municipal utility’s five-year infrastructure improvement plan, which includes a surcharge of up to 7.5% on customer bills to pay for additional gas line replacements.

In its filing with the state, PGW said the accelerated main gas replacement plan will make its system safer, reduce methane leaks that contribute to greenhouse gas emissions, and decrease the frequency and need to repair leaking gas lines. The utility reported about 1,798 “dangerous” leaks on gas mains and utility lines connected to customers last year, or about five dangerous leaks a day.

» READ MORE: What you should know about Philly’s old, brittle gas lines

“PGW’s long-term infrastructure improvement plan continues to accelerate PGW’s efforts to respond to climate change by significantly eliminating methane emissions, modernizing Philadelphia’s energy infrastructure, and maintaining the safety and reliability of its system at minimal cost to ratepayers ‘ the company said in a statement on Thursday.

Over the past 17 years, the company said its improvements have reduced over 78,000 tons of “carbon dioxide equivalent,” or about 3,100 tons of natural gas or methane, which is a far more potent greenhouse gas than carbon dioxide.

Even at an accelerated pace, the PGW gas line replacement program may be moving too slowly to satisfy climate activists like the Clean Air Council, which says 1-2% of natural gas from older city gas utilities leaks directly into the atmosphere at PGW. The Clean Air Council has argued that the city should move PGW away from gas distribution.

PGW plans to replace approximately 31 miles per year of its 3,046-mile gas distribution system, or 155 miles over the five years covered by the plan. That’s about 2% per year of the system’s 1,715 miles of “at risk” gas lines, which are made of cast iron or “unprotected coated steel.”

PGW spent a year replacing about 18 miles of gas pipeline before the state first gave the company the power in 2013 to collect the infrastructure surcharge, known as the distribution system improvement levy. This fee earns customers approximately $38.6 million annually to pay for the additional 16 miles for the gas main replacement.

Even under the accelerated program, PGW estimates it will take 40 years to replace 1,246 miles of cast-iron mains, which are the oldest pipes in its system. Nearly 1,000 miles of gas lines were installed before 1940. Cast iron becomes brittle with age and is at greater risk of cracking from underground subsidence.

The PUC urged PGW to expedite its gas line replacement plan after a gas leak in Tacony in 2011 killed a utility worker and injured five others. The state complained that the city had not maintained a reasonable pace in replacing gas lines in an attempt to keep its gas tariffs under control.

After the city council rejected a $1.9 billion bid to sell PGW to a private utility in 2014 that promised to increase infrastructure spending, the PUC put even more pressure on PGW, the exchange program for the utility gas pipeline and increased the infrastructure surcharge from 5% to 7.5%.

What Is a Pot Filler? Why This Kitchen Accessory Is a Must-Have Upgrade

The call of the state fair, back-to-school excitement, and our bathroom renovation (7 Quick Takes)