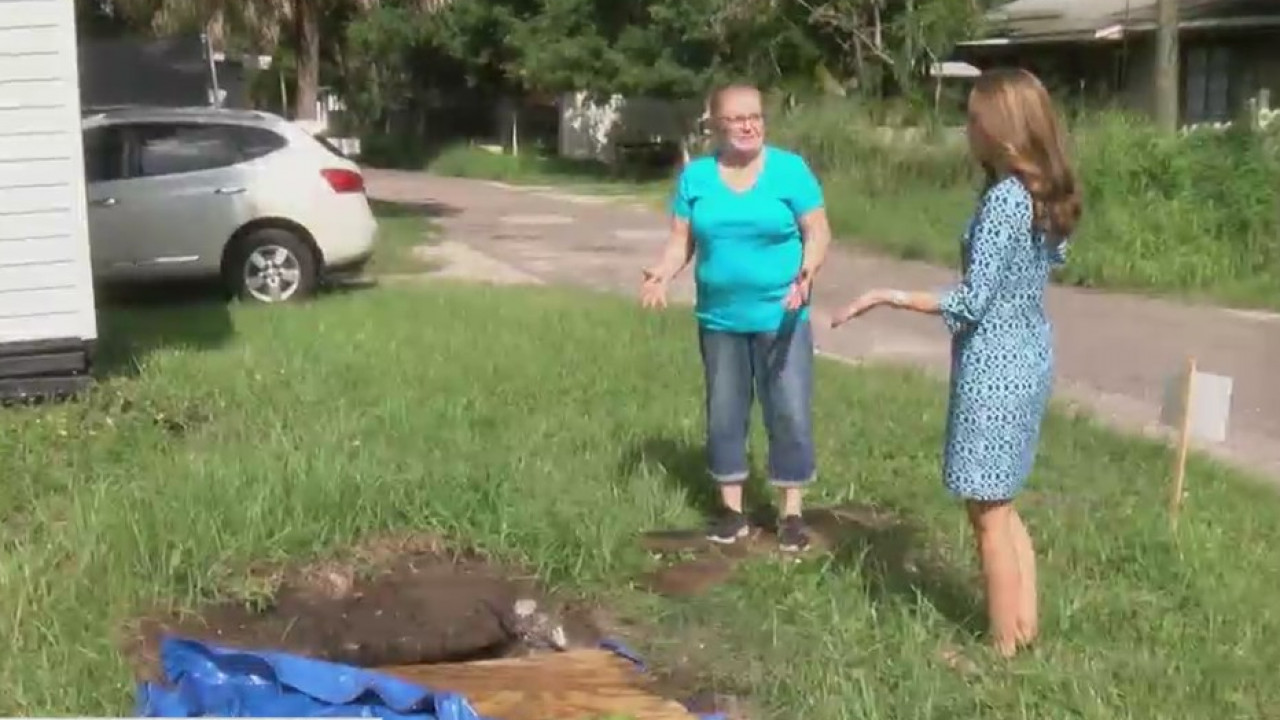 ST. PETERSBURG, Fla. (WFLA) — Annette Botham was at her home when she heard a loud noise and ran outside to see a tow truck in her yard.

Upman’s Towing tow truck in Sarasota delivered a car to a neighbor’s home. The driver reversed and kept going, smashing the concrete cover of an old septic tank in Bothham’s yard.

“I didn’t even know it existed and I’ve lived here for 30 years,” Botham said.

Now she’s stuck in a mess. Since July 7, she has been covering the hole with boards and a tarpaulin. She said the tow truck company sent the driver back to fix the hole, but he just dumped a truckload of dirt into the hole.

Rain and subsidence made it worse – and now it stinks and is just as dangerous.

She said Upman’s towing service would send the driver back with more dirt, but he never showed up.

That’s when she knew she had better call Behnken.

“I have to solve this,” she said. “I don’t even know if just filling it with dirt is the right thing to do or how to solve that now that I know it’s a septic tank.”

Owner Randy Upman told investigator Shannon Behnken that his driver should never have driven over the neighbor’s property. He explained that the city of St. Petersburg said filling the hole with soil was fine.

Well, that’s not the case. The Pinellas County Health Department says the septic tank must be properly abandoned, and that requires a permit. The liquid must be pumped out, the concrete ground and the hole leveled.

Upman said he wants to take care of that right way. He called Largos Mullen Septic & Drainfield Service and paid for the work in advance.

The permit is being processed and work is expected to start on Wednesday.

Heating and Plumbing Company Stresses Importance of Having

Mstjry’s Touchless Kitchen Faucet Is on Sale at Amazon

Airfield nonstarter for many as septic site: Opposition centers on flooding,…