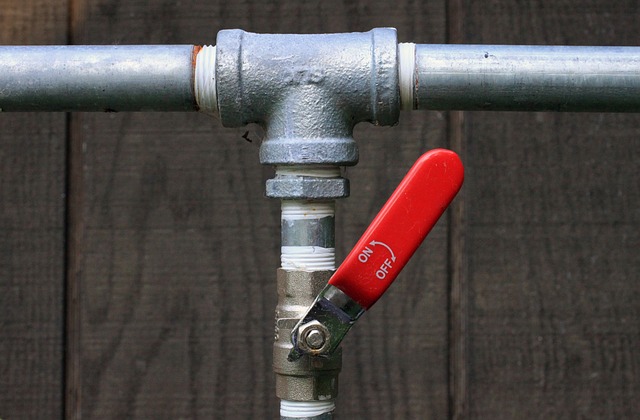 VENTNOR – While questions remain unanswered, the Ventnor City Board of Commissioners passed a new regulation on Thursday, September 8, giving property owners 90 days to notify the city if they are moving out of a 10 -year citywide project to replace galvanized steel water supply lines.

City officials said passing the ordinance is a prerequisite to applying to the NJ Infrastructure Trust for funding for all or part of the project, which is estimated at $65-75 million. The work includes the replacement of lead couplings on the main and galvanized steel pipes from the main to the house. There are over 5,200 galvanized steel pipe services that make up 90% of Ventnor’s households. Newer homes built after 1988 and those built after Hurricane Sandy may already have copper plumbing and are not included in the estimate of 5,200 homes, officials said.

The ordinance allows citizens to do the work themselves or have the city do it.

After problems in Flint, Michigan, and Newark, NJ, Gov. Phil Murphy signed legislation into law in July 2021, requiring municipalities to identify leading service lines and replace them by 2031. Cities issuing ordinances to replace the lines can apply for some billions of dollars in federal funding, made possible by the Biden administration’s Infrastructure Act, which gives states $15 billion over the next five years.

Public Works Commissioner Lance Landgraf said New Jersey was the first state in the nation to mandate the replacement of lead and galvanized steel utility lines and that Ventnor was one of the first New Jersey cities to apply for funding.

The city’s grant coordinator, James Rutala of Rutala Associates of Linwood, said he was requesting the full amount, which could be awarded in the form of grants and loans.

“Ventnor is doing the right thing by enabling him to take advantage of what’s available,” Rutala said Friday morning.

Atlantic City is also in the process of passing an ordinance to take advantage of the funding opportunities, Rutala said.

The state has put galvanized steel pipe in the same category as the flexible lead pipe used many decades ago because it could leach lead into the water and cause lead poisoning. Lead poisoning lowers IQ and can stunt children’s growth. Homes built after 1987 do not have lead plumbing.

Landgraf said the city’s water is tested each year and shows it is safe and complies with federal and state limits. Regular water testing shows that Ventnor’s water contains less than 2 parts per billion lead when the threshold is 15 ppb.

“You’d think the state would want to force the cities that have the worst (problems) first,” Commissioner Tim Kriebel said.

Property owners can opt out of having the city perform the work and replace the lines at their own expense, but must provide the city with certification within 90 days of the ordinance’s passage.

Business owner Brenda Dowd, speaking during the public hearing, asked how residents would know if they had galvanized steel pipe and how much it would cost to replace it themselves.

Holtzman said the service line at her Ventnor Heights home was replaced with copper after her home was damaged during Hurricane Sandy and cost $5,000.

“That was ten years ago,” she says.

“Why is it taking the 90 days so quickly to get plumbers to certify the lines?” asked Al Denafo resident.

Denafo said he doubted there would be enough plumbers on hand to inspect 5,200 lines in 90 days and asked the board to extend the deadline to 180 days.

“I met with the DEP officer and addressed some of these issues,” Landgraf said. “It was pushed on us very quickly. The regs are extensive and we ask them to take a break from that.”

Landgraf said the city will consider passing a resolution asking the state to give residents more time to comply.

Dowd also asked how residents will be notified that they have 90 days to comply with the new ordinance.

“The need to do this yourself is not mandatory,” Kriebel said. “You would only choose to do it if you didn’t want the city to do it for you or be on your property and have to replace shrubs or driveways or whatever they find if they do.”

He said the ordinance is “a step of paperwork” that shows the state that the city has given homeowners the ability to do the work themselves, which is a requirement for applying for funding.

“We want to be the first to get the scholarship,” said Landgraf. “We want the money”

Resident Mimi DeSouza asked how the project would be funded beyond the grant.

Chief Financial Officer Al Stanley said it could be paid for by a special 10-year assessment levied against the homeowner based on the costs of managing his property, separate from his tax bill. If a property is sold the full valuation would be due and payable upon settlement.

Landgraf said the cost to the homeowner could vary from curb to home depending on the cost of restoring the property. Some homes may just need a lawn replacement, while others may require a more extensive restoration.

“What’s behind the curb is expensive,” said Landgraf.

Stanley said the city’s costs in excess of the grant amount would be shared by the homeowners, who agree to let the city do the work.

“Anyone who pays for the replacement themselves will not receive a special notice,” he said.

Dowd insisted the city do more to educate the public about the ordinance.

“People need to come and hear it from the pedestal and not on social media,” Holtzman said, urging residents with questions to come to the meetings either in person or via Zoom.

Landgraf said the city will consider hosting a public meeting where representatives from the New Jersey Department of Environmental Protection could answer questions.

“It’s their program, not ours,” said Landgraf.

He also said once the city knows more, the ordinance could be amended to allow for a longer deadline for compliance.

Residents who have questions should call the Utilities Department at 609-823-7935.