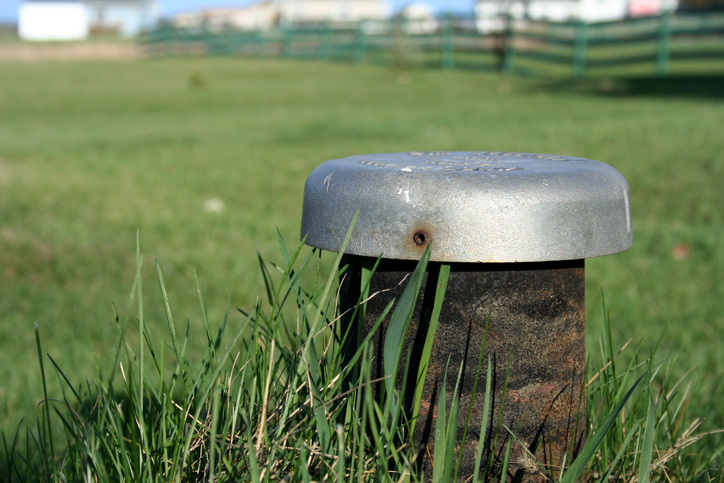 The Virginia Department of Health has already committed nearly half of its allocated funds to a utility program aimed at helping low-income families repair broken wells and sewer systems.

Lance Gregory, director of the agency’s water and sanitation services division, said the spike in applications reflects the level of need across the state, which is not always easy for public health officials to assess. While the department approves about 2,000 repair permits a year, Gregory says a large number of Virginians simply never notify the department of failed systems, especially given the limitations of previous public funding.

“There have been other programs, other groups that are doing more targeted funding for septic repairs, but this is a blanket statewide availability,” he added. “And that’s pretty unique.”

The Virginia General Assembly last August allocated $11.5 million in federal bailout funds for the program, which officially started in February 2022. In the first four and a half months, VDH received a total of 192 applications for 202 well and septic tank projects that are expected to cost the state approximately $4.6 million.

“And a septic system has a finite lifespan — typically it’s about 30 to 35 years,” he said Tuesday after presenting to the state health commissioner’s advisory board on health inequalities and health equity. “So eventually it fails, and the cost of those repairs can get pretty expensive.”

However, failure to upgrade an aging septic system can have significant health and environmental implications. The systems – which are currently most commonly found in rural houses not connected to municipal sewage treatment plants – rely on underground tanks to clean wastewater from toilets, sinks and washing machines. Over time, these tanks can clog with undecomposed waste, causing systems to overflow into courtyards and surrounding waterways (flooding and sea level rise can also play a major role in septic failures).

“One of the most worrying problems arising from the failure of coastal zone sewage systems is that the pollutants they release, particularly bacteria and pathogens, can easily migrate into neighboring tidal waters,” wrote the Virginia Institute of Marine Science in a 2019 report.

Some of these waters are increasingly being used to raise shellfish such as oysters and mussels, researchers found, and high bacterial loads may force the fishery to halt production. Sanitation problems are also reported to be disproportionately affecting black communities in many areas of Virginia, including rural areas in the eastern part of the state Reporting by WHRO.

However, for many low-income families, the cost of upgrades can be prohibitive. According to Gregory, septic repairs can range from $8,000 to $40,000 depending on site conditions and the type of system installed.

“Even $8,000 is hard, so obviously $40,000 is next to impossible for a lot of people,” he said. The program was specifically designed to help vulnerable Virginians by limiting eligibility to residents who meet up to 200 percent of the federal poverty line — an annual income of $55,100 for a family of four or $27,180 for an individual.

The majority of applicants so far have been elderly Virginians living on a steady income, Gregory said, and demand in the eastern region of Virginia has already exceeded funds allocated to local health authorities. While applicants are not required to disclose their demographics, he also told the advisory board that about 36 percent of requests came from black families.

Nine improvement projects have been completed since the program started, 12 are under contract and another 32 are currently in the bidding process, Gregory said. And while a large proportion of applications have involved septic repairs, well installation and replacement is another important area of ​​focus.

He particularly remembered a family in Southwest Virginia whose child became ill from water from a private spring. The department is in the process of installing a private well to provide them with safer drinking water.

The unexpectedly high demand for the program was a major factor in the ministry’s decision to temporarily suspend applications. Gregory said VDH still hasn’t officially marketed the program and there are concerns the agency could run out of money before it gets a chance to promote it nationwide.

Another hurdle was the high demand for contractors. Approved projects are tendered to private companies, but Gregory told the advisory board that matching workers for the jobs is a challenge.

“They already have a lot of work, and there’s not a lot of interest in doing that work or it’s going to be four to five months before they can get to that,” he said. “We get a lot of bids that are well above reasonable costs, so we have to bid projects two, three or four times to get a reasonable estimate.”