What would it cost to replace all the nation’s lead water pipes? 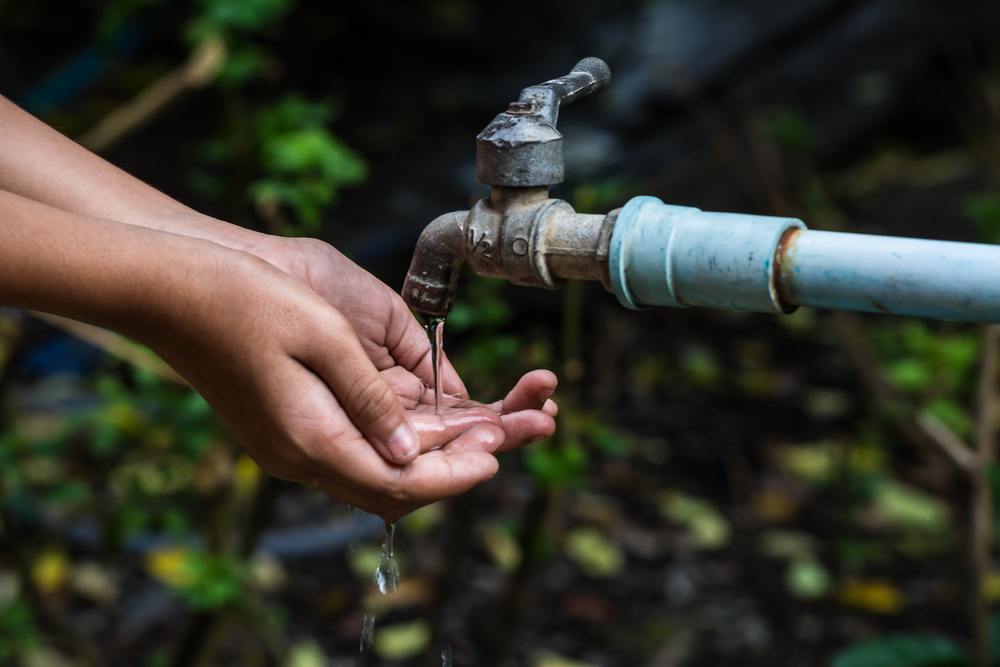 There is political support for removing lead from America’s drinking water. President Biden’s American employment plan provides for $ 45 billion to replace lead pipes and service lines in the United States. This would be the federal government’s most ambitious effort in this area to date – and research suggests that the public health and economic benefits are substantial.

What damage does lead cause?

When a person swallows or inhales lead particles, the body stores the poison in the blood, bones, and tissues, where it builds up over time. According to the Centers for Disease Control, there is no safe lead exposure. Lead is particularly harmful to children, causing decreased IQ, speech and attention span, and increased aggression and impulsiveness. In addition, prolonged exposure of children and adults can damage the brain and nervous system, decrease fertility, and increase the risk of high blood pressure, heart disease, kidney disease, and probably even cancer.

What are the economic consequences of exposure to lead?

The health effects of lead have serious economic consequences for those exposed. A study of Swedish high school students found that an increase in blood lead levels from 5 to 10 micrograms per deciliter was linked to a 2.2 percentage point decrease in 9th grade GPA and a 2.3% decrease in the likelihood of graduation – academic consequences This means a 5.5% decrease in average earnings in young adulthood.

There is also significant evidence that exposure to lead affects crime rates. It has been shown that a 1% increase in blood lead levels increases the likelihood of aggressive behavior in teenagers by 4% and criminal behavior by 5%, and in violent crime the associated increase is up to 8%. Research suggests that the leakage of leaded gasoline in the 1980s led to a significant decrease in the number of violent crimes in the 1990s.

Differences in lead exposure also exacerbate social inequalities. According to the National Health and Nutritional Survey, blood lead levels are highest in low-income and black children. Because of racial differences in lead exposure, black infants are estimated to have an average loss of IQ points from blood lead that is approximately 50% higher than that of white or Hispanic infants, and an estimated life earnings loss of $ 47,000 compared to white and Hispanic losses of around $ 30,000. In addition, a number of studies have found that certain increases in blood lead levels can have greater effects on the cognition, academic achievement, and income of disadvantaged students than their peers.

What has the government done to reduce lead exposure?

As a result of federal laws and regulations, including the leakage of lead in automotive gasoline in 1973, the 1978 ban on lead paint for residential and consumer use, the 1991 lead and copper rule, and the 1995 ban on lead in solder in food cans, the middle one Blood lead concentration in children aged 1 to 5 years decreased from 15 micrograms per deciliter in 1976 to 1980 to 0.7 micrograms per deciliter in 2013 to 2014. Despite some progress in reducing the number of homes that are supplied by lead pipes, lead in drinking water remains an unsolved problem.

How common are lead pipes and service lines?

Lead gets into drinking water through lead pipes, fittings and taps if they corrode. The federal government banned the use of lead-containing pipes and solder in new plumbing systems in 1986, but many remaining pipe networks in older cities and households were older than this policy. The EPA estimates that there are still 6 to 10 million lead service lines across the country. As of 2016, an estimated 7% of households supplied by U.S. municipal water systems had plumbing, and the Biden government estimates that around 400,000 schools and childcare facilities are currently exposed.

If we know that lead is a public health hazard, why haven’t we removed all of the lead in the water yet?

For one, bad records. Until recently, states and counties were not required to report blood lead test data to the CDC (and most did not do so voluntarily), making it difficult to identify high-risk locations or raise public awareness. Many cities lack comprehensive maps of where the main utility lines are. It wasn’t until December 2020 that the federal government revised the EPA’s lead and copper rule to require water utilities to compile a public inventory of lead service lines, as well as other test requirements that trigger reviews and replacement payment aid programs when high exposure levels are found.

Money is another major obstacle. Getting lead out of the water is time consuming and costly, with limited political will. Individual households can purchase water purification filters to reduce tap lead levels – Newark, NJ and Flint, MI have provided them to residents free of charge in response to water pollution crises – but these filters require relatively regular replacement and are less effective at high levels Lead concentrations. The only permanent and 100% effective solution is to completely replace the lead service line, which can be expensive. The EPA estimates the average cost to be $ 4,700, which is between $ 1,200 and $ 12,300 per line.

Senior service lines often extend to private property, making the exchange process difficult. Public water systems usually cover the cost of replacing the portion of the pipe that extends from the water pipe to the curb stop or meter. However, the owner usually has to pay to replace the segment of conduit that leads to the house. In lower-income areas where the risk of lead exposure is high, the cost of replacing privately owned pipe customers can be prohibitive. Replacing only the utility owned pipes is less cost-effective and can even increase the level of lead in the water.

State and local governments have sought to help property owners and utility companies replace plumbing by offering grants and forgivable loans for pipe replacement, as well as relaxing restrictions so water utilities could raise rates to fund improvements to private parts of utility lines . States and municipalities can also apply for federal funding to help with lead water infrastructure projects, but haven’t faced significant federal pressure to locate and remove 100% of the pipes.

Some cities have solved the problem – Madison, WI, successfully ripped out all of the city’s utility lines in 2001 after 10% of city water samples showed high levels of lead. However, the city received significant setbacks from homeowners (6,000 of whom faced an additional $ 1,300 plumbing bills) and it took years before regulators and lawmakers got approval for the initiative. 8,000 pipes took 11 years to remove and cost $ 15.5 million.

How much would it cost to get lead out of US drinking water?

A back-of-the-envelope calculation based on the EPA’s estimate of the average replacement cost per line ($ 4,700) and the assumption of 6 to 10 million lead service lines across the country suggests the cost is between Could be $ 28 billion and $ 47 billion, which equates to Biden’s $ 45 billion near the top of that range.

Research has shown that the investment is worthwhile. A 1987 EPA cost-benefit analysis of reducing the allowable amount of lead in drinking water by 60% found that the benefits of reduced exposure – including avoided medical costs, lower compensation costs for education, and higher lifetime income – outweighed the costs of the policy roughly 4 to 1, even without considering a number of health benefits that were difficult for the EPA to monetize. A 2019 Minnesota cost-benefit analysis of the removal of lead from all state drinking water estimated the cost would be between $ 1.5 billion and $ 4.1 billion over a 20 year period, and the Benefits – including improvements in “sharpness of mind and IQ” and the resulting increases in productivity, income and lifetime taxes paid “- between $ 4.2 billion and $ 8.5 billion. The Environmental Defense Fund estimates that any fully replaced lead service line would yield a societal benefit of $ 22,000 just from reducing cardiovascular mortality or (by its calculation) a return of over $ 3 per dollar invested would.

What are the prospects for action?

If it went into effect, the American employment plan would likely provide enough funding to eliminate lead from drinking water in the United States. The overhaul would take some time – possibly ten years or more – and require effective coordination between the EPA, state and local governments, water utilities, and homeowners.

Currently, investing in clean water appears to have bipartisan support. The Drinking Water and Wastewater Infrastructure Act of 2021, which grants $ 35 billion for a variety of water and wastewater infrastructure investments and revolving loan funds, specifically earmarks US $ 10 million for a pilot program that will help community leaders Map utility lines and remove $ 200 million lead from drinking water systems in the school. The bill was passed almost unanimously by the Senate on May 10 and is expected to be passed in the House of Representatives.