“The three licensed local trades, the plumber, the electrician and the builder, have a tough job coordinating a variety of trades, many of which are unlicensed and unregulated, such as: B. Painter.

“It’s easy for them to hop on and off if they just want to get paid.”

DiMase said what has changed over the decades is the care and pride in building and designing a new home.

“When you look at an older building, you see a pride in the construction that you don’t necessarily see today,” he said.

“It could be a lot better, but for many companies it’s a shame that it’s all about revenue.

“I think there has been a bit of a decline in design and attention to the building trade and that’s partly because of the economics, everyone is in a mad rush to make money.

“This is fast architecture.”

But when it came to building materials and industry regulations, DiMase said things had changed for the better as asbestos had put a key product on the proverbial scrap heap.

“If you look at contemporary buildings from the ’90s to today, we see the rise of technology, more sustainability considerations like double glazing and insulation, and a greater emphasis on lifestyle with theater spaces, a hot tub and air conditioning,” he said.

“It’s almost a house that needs to be plugged in.”

Building inspector James Lawrence has seen the good, the bad, and the ugly in inspecting hundreds of homes over the past three decades.

While he said it was a “toss of the coin” whether older homes were built to Australian standards of the time, “what held these old girls together was the hardwood”.

“One of the problems with modern home construction is that materials are getting lighter and craftsmen are taking more shortcuts because of the difficult building environment we’re in,” Lawrence said.

He said it was possible that some homes being built today would not stand the test of time, but they would have the advantage of being subject to stricter building standards.

Quality of finish was a problem Hughes often encountered in modern project homes. 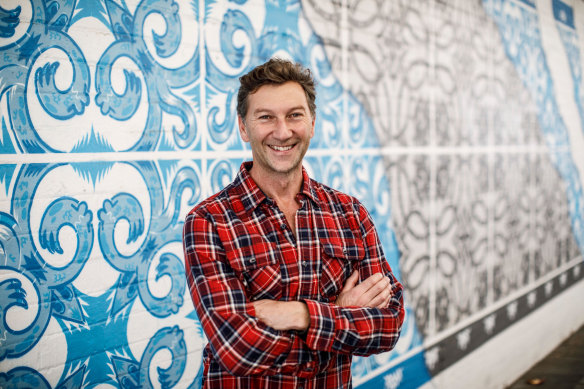 “There’s a churn and burn mentality and you often don’t take pride in the design,” he said.

“There is not the level of passion that has often been seen in the past few decades.

“One of the problems is that managers of large construction companies often have 30 jobs to manage, it’s impossible to properly manage them all.”

Hughes said homes built in the ’70s and ’80s were generally of good quality and had desirable features such as higher ceilings and ornate fixtures that added character to the home.

“Now a lot of modern project homes don’t have a lot of character or soul, but on the plus side with project homes you also get a lot of property for $200,000,” he said.

“If you want better quality, you have to pay more.”

These established homes had the advantage of often being in a select location in well-established communities with basic services and potentially higher land values.

“We would suggest getting professional advice on all the areas that need to be considered in relation to an older home before you buy,” she said.

“Any improvements and ongoing maintenance needs are best considered up front so you can budget for them accordingly.”

Steinbeck said new homes have the advantage of being subject to stricter building codes, which are regularly updated to ensure continuous improvement in sustainability standards, including energy efficiency and water-saving technologies.

WA Housing Industry Association Deputy Chief Executive Phil Vaughan said today there is a much wider range of building materials to choose from.

“For more than 40 years, manufacturers have developed new innovative products that are faster to use, easier to handle and have better sustainability properties,” he said.

“Almost every building material has been transformed to be more environmentally friendly in production and performance.”

Vaughan said apprenticeships have increased in recent years due to demand and incentives and it is important that they are retained to maintain and expand the pool of skilled trades.

The Morning Edition Newsletter is our guide to the day’s most important and interesting stories, analysis and insights. Sign up here.