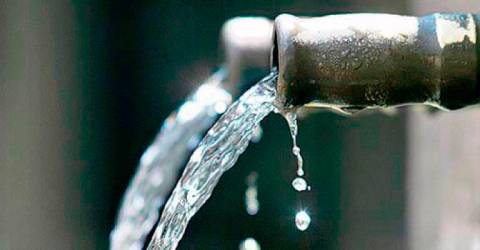 LABUAN: Pipes that stretch for 150 km, or 25 percent of the 596 km of water distribution pipeline here, are 30 to 40 years old and repair and replacement work on the ailing pipes is ongoing, according to the Labuan Water Division (BBAL).

Their chief Trinil Indah Puspita said several water projects are being implemented and are expected to be completed in 2024.

“One of the ongoing projects is the Non-Revenue Water Reducing Program 1 for Labuan with an allocation of RM9.3 million.

“The project started in April this year and is scheduled to be completed in April 2024. The scope of work includes replacing pipes, water pressure management and searching for pipe leaks,” she said at a briefing for Labuan MP Datuk Rozman Isli BBAL office recently.

Trinil also announced that the government has approved eight projects since 2010 with allocations totaling RM395 million.

“Some of these projects are delayed by circumstances such as replacing underground pipes that are hampered by septic tanks,” she said.

Meanwhile, Rozman appealed to the federal government to solve the long-standing water supply problem on the duty-free island.

“The approximately 150 km long, aging distribution lines must be replaced immediately, as people could no longer endure the weekly interruption to the water supply.

“We were told that a lack of funding was causing delays in pipe replacements. We hope that since Labuan is an international business and financial hub, the Ministry of Environment and Water will look into this urgently,” he added.-Bernama